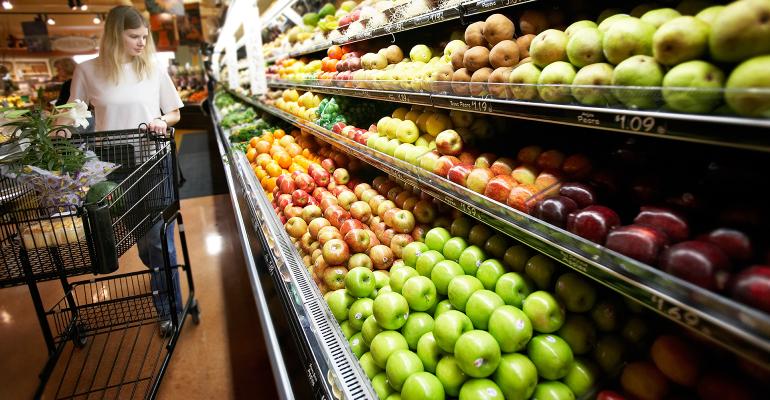 <p>Saying your stores have a fresh focus isn&rsquo;t enough to distinguish them from the competition. (Photo by Purestock/Thinkstock)</p>
News>Marketing

What it takes to compete with Walmart

The bad news for the grocery industry is that it has become a cauldron of consolidation. The past few years have seen major grocery chains buying smaller competitors to forestall the Walmart takeover of the industry.

Kroger buys Harris Teeter and Roundy’s. Albertsons buys Safeway and Haggen. Acme Markets, a subsidiary of Albertsons, buys up dozens of stores from bankrupt A&P. The list goes on and on.

The consolidations hint at several trends for the grocery industry, even if the largest players (such as Kroger and Albertsons) are seeing this as a way to fight the retail behemoths of Walmart, Target, Costco and others. By increasing distribution, those chains are hoping to out-large those big boxes so they can overtake market leadership.

For the smaller and regional groceries, the consolidation spells doom. Soon, they will either be put out of business or forced to accept an offer from the large chains.

For all those grocers, this is not a good trend. Walmart isn’t going anywhere. It is already the market leader and some reports say more than half of its earnings come from grocery. It has even been able to win with its private label brand, Great Value. If anything, Walmart will increase its emphasis on grocery.

So what are grocers to do?

Grocery shoppers have preferences but a majority of them will buy groceries from more than one place. You can buy the basics at Walmart (where price supersedes quality), a prime choice of meat at Fresh Market, and have the occasional trip to Harris Teeter or Kroger on the way home.

What grocers have struggled with is finding their positions in the market. Kroger has used a theme of “Fresh Food, Low Prices.” How is that different than Walmart? When consumers are faced with all things being equal, they will choose the market leader. (Therefore, Kroger’s theme only works if there’s not a Walmart nearby.)

Couple the Walmart copycatting with other unemotional messages, and preference ends up depending on location. Hence, the number of mergers and acquisitions.

The messages have become throwaways

Even more, those messages are used as just that: Messages. They are not firmly affixed to the brand the way Walmart has affixed its theme to the brand. When that happens, even if the message is differentiating (and most are not), they are not believed because they just sound like marketing.

Albertsons has used “You’re in for something fresh,” which sounds like it was written by an ad agency and does nothing to distinguish the chain from the competition.

To compete with Walmart, those chains and others must be truly different and better. Copying Walmart’s ownership of low prices is simply a loser’s game. Trying to build your brand (or advertising campaign) on fresh food just defines you as a grocery store.

Instead, grocery chains must define who their customers are when they use their brand. That’s how preference is created. If your brand is a true reflection of the target audience, then consumers will be incapable of choosing anyone else because it would be going against their own emotional natures.

Apple users Think Different. Nike users Just Do It. What do your customers do?