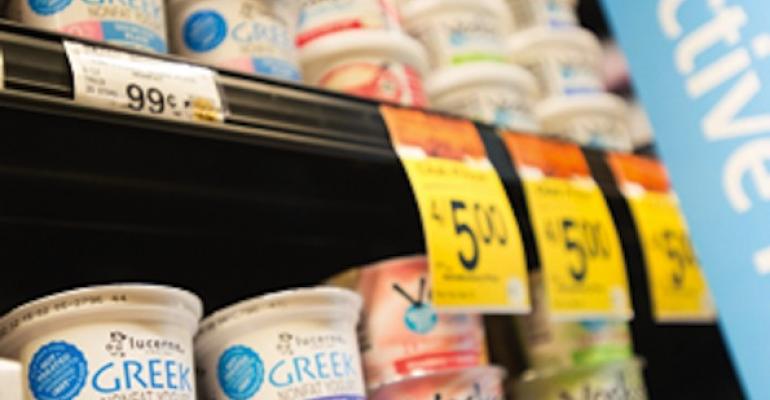 The Greek yogurt trend has gone from zero to sixty in a matter of years. The popularity of this item as a straight yogurt has skyrocketed, it is used increasingly in   home and restaurant cooking and baking, and for manufacturers to take it to the next level to include it as an ingredient seems to be the natural transition.

During a recent trip to Southern California, I had the opportunity to tour more than a dozen local markets:  traditional, natural, ethnic and specialty. There were many brands of Greek yogurt on the shelf, but what caught my attention was the number of new items listing Greek yogurt as an ingredient. 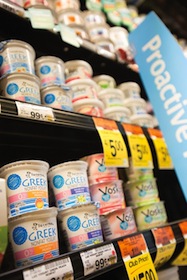 After a label-reading session and a little extra sleuthing, I was surprised to find out that there is no real standard of identity set for “Greek” yogurt. It is my understanding that the process to make Greek yogurt differs from that of traditional yogurt by straining the whey out of the product. This results in a naturally thicker product.

In a handful of the products I saw on shelf, there were thickeners such as Carrageenan added. Some questions arise: Is that for the yogurt? Or does it function independently as another ingredient? Is this really worthy of the label “Greek” yogurt?

With the popularity of Greek yogurt not only as a product in the dairy aisle but also as an ingredient in a host of grocery products that are classified as Health/Wellness items, I imagine it is only a matter of time before label claims are substantiated by an official standard of identity outlining just what Greek yogurt is. Let’s hope this process does not take the time it took to set organic standards.