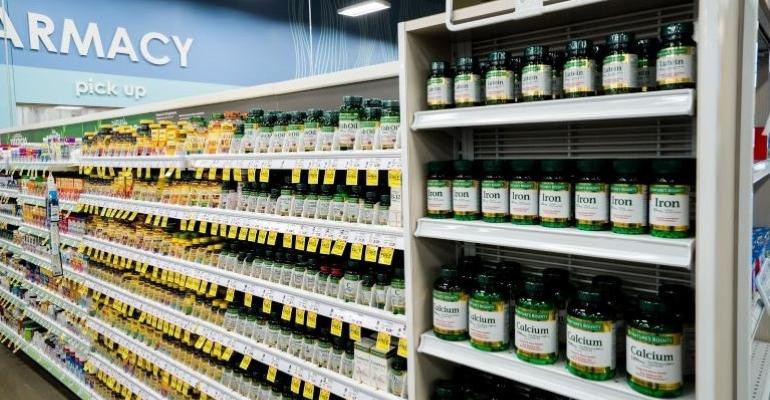 As part of a broader company rollout, supermarkets in The Kroger Co.’s Houston division have begun the sale of hemp-derived cannabidiol (CBD) topical products.

Kroger said yesterday that CBD lotions, balms, oils and creams are now on shelves at 88 stores in Houston and the surrounding area, as well as online via the Ship.Kroger.com direct-to-customer service and the retailer’s Vitacost.com e-commerce unit.

Stores in Texas got the green light to start carrying CBD items after a bill authorizing the regulated production and sale of hemp and hemp-derived products was passed by state lawmakers and enacted in early June, Kroger reported.

“Like many retailers, we are now offering our customers a highly curated selection of topical products that are infused with hemp-derived CBD,” Sparkle Anderson, corporate affairs manager for Kroger’s Houston division, said in a statement. “Our selection of CBD topical products are from suppliers that have been reviewed for quality and safety.”

Besides in Texas, Kroger said it most recently added CBD topicals at stores in Georgia, Montana, Utah and Virginia. The company noted that CBD products containing the legal limit of 0.3% or less of THC — the psychoactive ingredient in hemp and cannabis derivatives — will be clearly labeled, and before using any of these items consumers are advised to review the information on packaging.

CBD in recent years has become a popular remedy for a range of common ailments. A naturally occurring and non-intoxicating compound in hemp plants, CBD is permitted within federal and state regulations.

Late last year, the federal government changed its classification of cannabis with the enactment of the Farm Bill. The legislation removed hemp from the Federal Controlled Substances Act’s definition of marijuana. That meant hemp was no longer a controlled substance under federal law, even though marijuana remains a Schedule I drug.

Under current federal law, CBD and THC can’t be added to a food or marketed as a dietary supplement. The Food and Drug Administration maintains regulatory oversight of food, cosmetics, drugs and other products within its jurisdiction that have CBD, THC or the cannabis plant as an additive.

Many retailers remain uncertain about the regulatory framework regarding the sale and labeling of hemp-containing products, even as various CBD offerings continue to make their way into stores. Scientific research on CBD’s potential health benefits also is still in its early stages.

The Food Marketing Institute (FMI) last month submitted comment to FDA on the commercialization of food, beverage and other products containing cannabis or cannabis-derived compounds, including CBD. FMI said the move came in response to requests from the FDA for scientific data and information about such products and from retailers seeking more guidance.

“The current lack of FDA regulation is creating significant confusion in the marketplace,” FMI President and CEO Leslie Sarasin said in a July 16 letter to the agency. “FMI respectfully urges FDA to move expeditiously to provide additional clarity and establish a pathway forward for the use of hemp-derived ingredients, including CBD, in FDA-regulated products.”