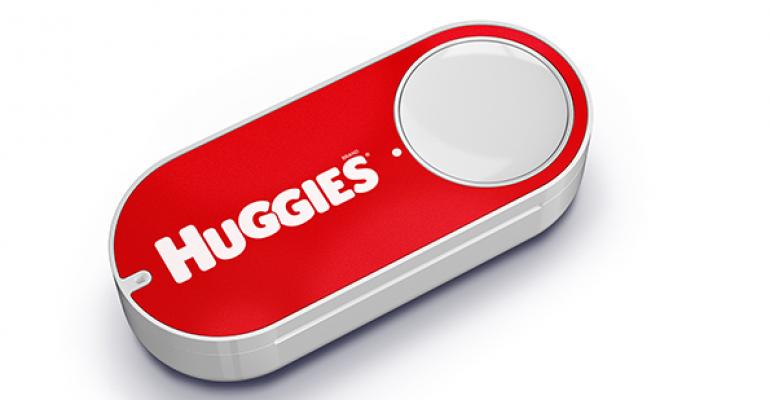 The Amazon Dash “Button” is a free WiFi-enabled gadget designed to be hung around the home and pressed to reorder household products.

Available by invitation to Amazon Prime members, the Dash Button can be programmed via the Amazon app. Users can select which participating brand they want, the count size, and flavor or scent.

The Buttons are available for an initial 18 household brands, including Gatorade, Cottonelle, Olay, Bounty Tide, Gillette, Huggies, Gerber and Glad.

The Buttons come with a reusable adhesive so that they can be hung in places needed the most, such as near the washing machine.

A single press automatically places the order, which is delivered in two days. Amazon sends an order alert to the customer’s phone in case the button was pressed accidentally.

Meanwhile, DRS is a Cloud service that can be built into appliances and other devices. DRS enables connected devices to order physical goods from Amazon when supplies are running low, such as printers that automatically order printer ink when it is running low.

The four initial DRS partners are Whirlpool, Brother, Brita and Quirky. The first DRS-equipped products will be launched in the fall.