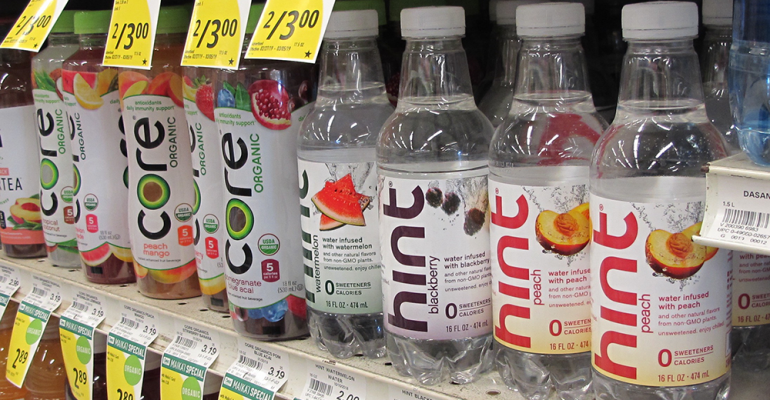 Beverages that go beyond thirst quenching

Consumers have a thirst for beverages that meet an increasing variety of need states, ranging from wellness to energy to refreshment.

Their demands are being met by a flood of emerging drinks that promise to provide those benefits and others, including relaxation, improved memory and even enhanced beauty. These products are often produced by small, startup companies seeking to carve out a niche of their own within the rapidly growing subsegment of alternative or New Age beverages.

“Mass brands are increasingly becoming more archaic and antiquated,” said Dan Macri, EVP of sales and marketing at BevSource, a beverage consulting firm. “People are looking for something that they can identify with — something that's going to provide some sort of a function or result to you.” 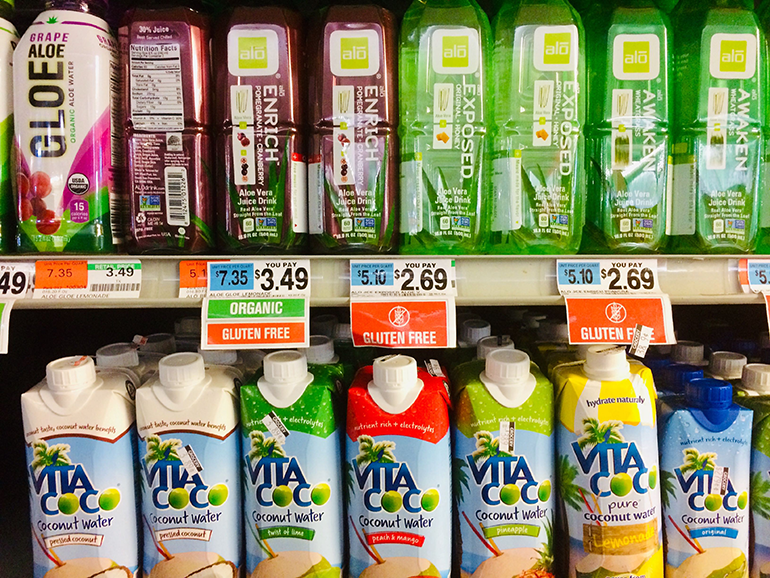 He cited as an example new drinks touting ingredients that previously had been consumed in tablet form or applied as topical creams.

“Who would have thought you’d be drinking collagen? Or drinking aloe?” said Macri.

Bellevue, Wash.-based research firm Hartman Group noted in its Modern Beverage Culture 2018 report that consumers are opting for emerging beverages, along with coffee, tea and bottled water, at the expense of soda, juice and dairy milk. The shift reflects a desire for beverages “with a purpose — whether that’s delivering fresh ingredients, more exciting flavors, or inherent functional benefits,” the report concludes.

Consumers appear to be experimenting with many of these “emerging” beverages, which include fermented drinks, vitamin waters and other alternative functional drinks, across multiple need states, the Hartman Group research found.

“This flexibility, combined with their high usage in the ‘connection and care’ and ‘health’ need states — typical entry points into a consumer’s beverage set — means that these beverages are major threats to established categories,” according to the report.

Fermented and broth beverages, for example, index higher than any other beverage segments in both “connection and care” and “health,” while they also index high for “refreshment,” the research found. Functional beverages and vitamin/plant waters follow a similar pattern.

Alternative beverages that tout health benefits or feature uncommon flavors or ingredients offer retailers the opportunity to add incremental sales in the category.

At Abingdon, Va.-based K-VA-T Food Stores, for example, traditional sodas and ready-to-drink teas remain popular, but New Age or alternative beverages are seeing an uptick in sales, said Ross Purdy, VP of center store at K-VA-T, which operates the Food City banner in the Southeast. 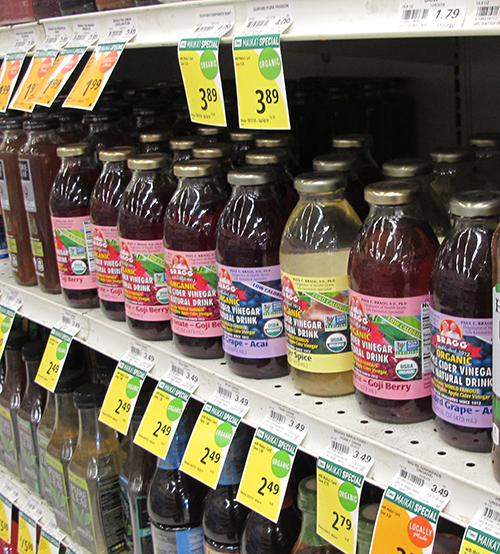 “Our traditional soft drink business continues to grow, but we’re seeing more rapid growth in some of these alternative beverage categories, even though these categories are much smaller,” said Purdy.

Dan Glei, EVP of marketing and merchandising at K-VA-T, said that with the right merchandising, alternative beverages can provide a strong bump in incremental sales.

“They don't always require a lot of space in the store, but where we can put them in front of consumers for impulse sales, or in a display, or where we can promote them conventionally or digitally, we're seeing quite a bit of lift,” he said. “It seems there is no shortage of desire from our customer base for all forms of beverages.”

One of the alternative beverages that has seen a strong boost in demand is kombucha, which Glei connects to the longstanding interest among Food City’s customers in ciders and vinegars, such as the Bragg beverage line.

“That was the tip of the spear, at least with many of our customers,” he said. “That's continued to spread into other beverages that are very low velocity, at this point, but are continuing to grow at a high percentage pace.”

He also cited the Hint lines of fruit-flavored still and sparkling waters — some of which are fortified with caffeine — as appealing to consumers seeking healthier or more functional forms of liquid refreshment.

“It has a niche-y, cult following, and I think that's one of the challenges in this space,” said Glei. “There are so many niches that come to us every day, sometimes it's hard to process which niche is going to be the one we want to place our bets on. We continuously work on the assortment.”

Purdy said the company has added four feet to the merchandising of the Food City beverage department, and is including more alternative beverages on endcaps — which had historically been the domain of more traditional beverages such as carbonated soft drinks and ready-to-drink teas.

Alternative beverages can appeal to consumers both young and old, Purdy and Glei said. Purdy noted that often older consumers are seeking beverages that fit into a prescribed dietary regimen, for example, and Glei noted that some of these new drinks have formulations that are geared toward cognitive improvement for consumers of all ages.

“There are claims by some items focused toward seniors and kids that improve memory and supposedly diminish the possibility of dementia,” said Glei.

According to research from Chicago-based SPINS, sales of functional beverages touting enhance cognitive performance or focus rose 78.3% in the 52 weeks ending Jan. 27, 2019, compared with the preceding year.

With sales of $1.48 million last year, according to SPINS, these cognitive-focused beverages still represent a small piece of the $72.9 billion overall beverage market.

Purdy and Glei also noted an increasing variety of alternative flavors, such as cucumber, blackberry and floral flavors, that are appearing in many of the newest beverages. Blackberry is the No. 1 flavor of Hint water, for example, Purdy said.

Andrea Cook, natural foods manager at Jungle Jim's in Fairfield, Ohio, said the retailer has seen an increase in elderberry as a beverage ingredient, which she attributed both to its fruity flavor and its purported immunity-boosting properties.

“Floral flavors like rose, lavender and lilac have also gotten a lot of traction in the past year,” she said.

Cook also said consumers appear to be trading out of more traditional energy drinks, and opting instead for RTD coffees and teas — matcha in particular.

“We're also seeing a lot of ‘anti-energy’ drinks for relaxation and sleep,” she added.

Cook noted that consumers seeking to reduce their sugar intake are opting for drinks made with alternative sweeteners, including stevia and monk fruit.

Jungle Jim’s merchandises alternative beverages in a variety of ways, including in-line, grab-and-go refrigerated and on tap at its kombucha bar, for example.

“We have to make use of all options available to us, including multiple distributors, DSD [direct store delivery] and direct buys, to maintain our unparalleled selection of products,” said Cook.

Purdy and Glei said there has been no shortage of new product introductions among alternative beverages, and the company looks for the unique among them.

“We are [seeing a lot of new products from start-ups], but a number of those are repetitive of some of the solutions we already have on the shelf,” said Purdy. “For us to accept an item, it has to be something that that's differentiated. We don't need another ‘me-too’ type item in the category; we don't have space for it.”

While many beverage products are handled through DSD, K-VA-T receives some beverages from wholesaler United Natural Foods Inc. at its warehouse, which allows the retailer to experiment on a small scale with some of the new products.

“We have the ability to take very, very modest positions and test and learn quickly with a lot of them,” said Glei.

He also noted that sometimes customers request specific products that they have heard of before they have even been presented to K-VA-T.

“It's a very fast-moving river of space,” said Glei.