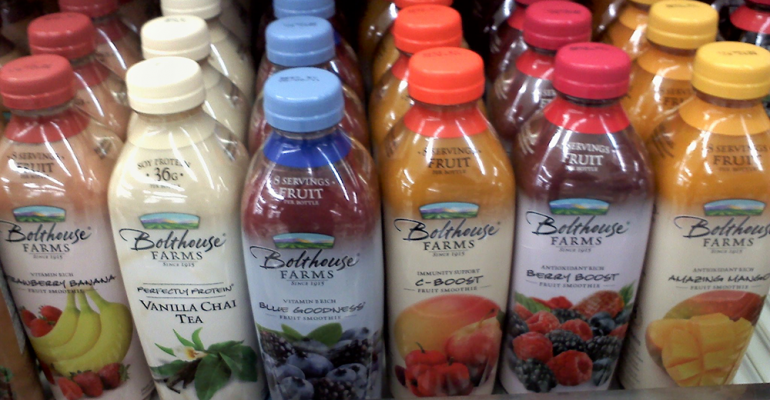 Food company to concentrate on snack, meal and beverage brands

Camden, N.J.-based Campbell said Thursday that the move follows a strategic review of its business portfolio begun in the spring. At the time, the food company announced the departure of President and Chief Executive Officer Denise Morrison and a steep quarterly loss that reflected a $619 million impairment charge for the Campbell Fresh unit.

Campbell Fresh includes Bolthouse Farms, Garden Fresh Gourmet and Campbell’s refrigerated soup business. Campbell International encompasses Arnott’s and the Kelsen Group plus the company’s manufacturing operations in Indonesia and Malaysia and businesses in Hong Kong and Japan. Together, the two businesses had fiscal 2018 sales of about $2.1 billion, with Campbell Fresh posting sales of $970 million for the year.

Proceeds from the divestitures will be used to “significantly reduce debt,” according to Campbell. The company said it has retained Goldman Sachs and Centerview Partners to identify potential buyers. 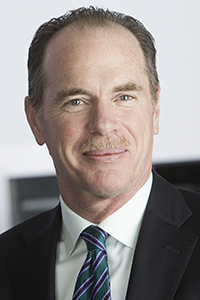 “Campbell’s board of directors considered a full slate of strategic options, including optimizing the portfolio, divesting businesses, splitting the company and pursuing a sale. The board concluded that, at this time, the best path forward to drive shareholder value is to focus the company on two core businesses in the North American market with a proven consumer packaged goods business model,” Keith McLoughlin (left), interim president and CEO, said in a statement.

“Importantly, the board remains open and committed to evaluating all strategic options to enhance value in the future,” he added.

McLoughlin, a Campbell board member, was named interim CEO upon Morrison’s exit. When Campbell announced the change in May, it said Luca Mignini, promoted to chief operating officer the previous month as part of a reorganization, will focus on the integration of recently acquired Snyder’s-Lance and Pacific Foods and the stabilization of the U.S. soup business.

As Campbell abandons plans to expand into fresh foods, it aims to leverage consumer insights and trends — including health and wellness, snacking and convenience — to bolster the performance of its staple food products.

Brands such as Cape Cod, Goldfish, Kettle Brand, Lance, Late July, Pace, Pacific, Pepperidge Farm Farmhouse and Milano cookies, Prego and Snyder’s of Hanover “will be managed to grow disproportionately relative to the categories in which they compete, the company said. Meanwhile, brands like Campbell’s soup, Pepperidge Farm fresh bakery, SpaghettiOs and V8 “will be managed to generate consistent profit and cash flow” and to “support their strong market positions,” according to Campbell.

“Our plan will build upon our existing strengths. Our new leadership team will concentrate on significantly improving operational discipline through a rigorous management model that aligns the enterprise from strategy through execution. We are moving forward with a sense of urgency to complete these changes in fiscal 2019, setting the foundation for sustainable, profitable growth in fiscal 2020 and beyond,” McLoughlin explained.

“We will pursue further actions in addition to those announced today to optimize our portfolio and performance,” he noted.

Campbell said it’s also raising its cost savings target by $150 million. That figure builds on the company’s prior target of $500 million and $295 million in target synergies and run-rate cost savings from the integration of Snyder’s-Lance. Altogether, the programs bring the total cost savings target to $945 million by the end of fiscal 2022.

For the quarter ended July 29, sales totaled $2.22 billion, up 33% from $1.66 billion and reflecting revenue added from the Snyder’s-Lance and Pacific Foods acquisitions. The company said organic sales fell 3%, mainly from decreases in its Americas Simple Meals and Beverages unit.

Adjusted earnings per share for the quarter were 25 cents versus 52 cents in the prior-year period. Analysts, on average, had projected adjusted EPS of 24 cents, according to Thomson Reuters.