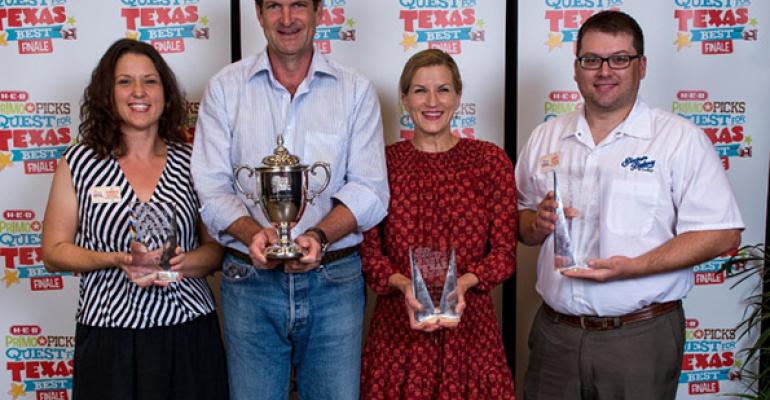 More than 400 entered, and our #HEBQuest for Texas Best grand prize winner TEO Gelato came out on top! Learn more about...

A panel of judges narrowed a field of 25 finalists to four winners Thursday. "The final presentations were a wonderful display of ingenuity and vision,” said James Harris, director of diversity and inclusion and supplier diversity for H-E-B, in a statement. “Our state is prime territory for smart, inventive food entrepreneurs further solidifying Texas’ national reputation as a foodie state.”

Our fan (and staff) favorite, Goat Cheese & Cherry! Cool off with one of our pints now at #HEB Westlake. #golocal #goatcheese #atx

Posted by Teo Espresso and Gelato on Tuesday, August 11, 2015

The wafers are merchandised in at least one United store under a banana display.

Today we're stocking United's newest store in Brownwood, Tx. You can now get our world famous vanilla wafers underneath the banana display! Congrats United, its a beautiful store!

The third place winner is Blackbird Bakery’s flour line consisting of six gluten-free blends from Donut & Fritter to Bread & Pizza to Cookie Jar, according to H-E-B.

Look what my #Donut&FritterBlend can do! Earth shattering #glutenfree #friedchicken--thank you Gina, for sharing the...

5 ways retailers are snapping out of the stagnant-sales malaise
Aug 04, 2015