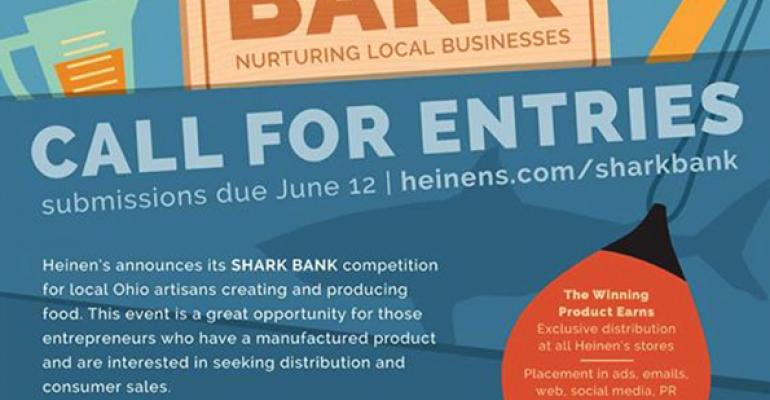 Ohio artisans and entrepreneurs will vie to get their products on Heinen’s store shelves in a competition loosely modeled on ABC’s “Shark Tank,” the retailer announced.

“Shark Bank” seeks submissions of non-perishable food items and non-alcoholic beverages by June 12. Heinen’s buyers, category managers and chefs will narrow the entries down to 10 semi-finalists.

At Heinen’s, we’re constantly seeking out new, locally made food items to showcase in our stores and with our loyal...

At a tasting event at the retailer’s new Downtown Cleveland store on July 11, customers will pick a winner for the “People’s Choice” award. The four finalists in the competition will also be named at that time.

On July 18, the finalists will present their products to Heinen’s panel of judges. The winning product will be featured in the retailer’s stores and included in print ads and social media posts. The winner will also be invited to conduct four product demos at Heinen’s stores (a $10,000 value). Edible Cleveland will feature an article on the winner in its Fall-Winter issue.