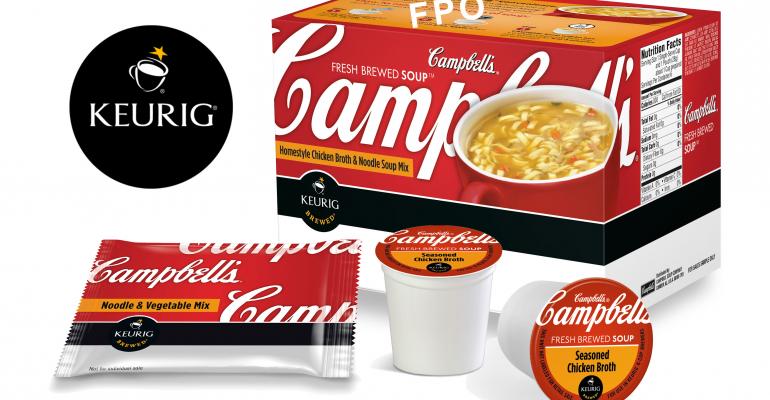 Campbell Soup Co. has teamed with Green Mountain Coffee Roasters for the launch of Campbell’s Fresh-Brewed Soup K-Cup packs. The product consists of a broth K-Cup pack and a packet of dry pasta and vegetable blend garnish. Consumers brew the broth K-Cup pack over the garnish.

The companies expect to launch three varieties of the new soup, including Homestyle Chicken Broth & Noodle, in 2014. The companies recommend that the product be sold in the same aisle as other Keurig Brewed K-Cup packs.

“This innovative partnership is a win for consumers and for both companies, and represents another important step as Campbell expands into higher-growth spaces,” Denise Morrison, president and chief executive officer of Campbell Soup Co., said in a statement. “Campbell is connecting with consumers in new and exciting ways.”