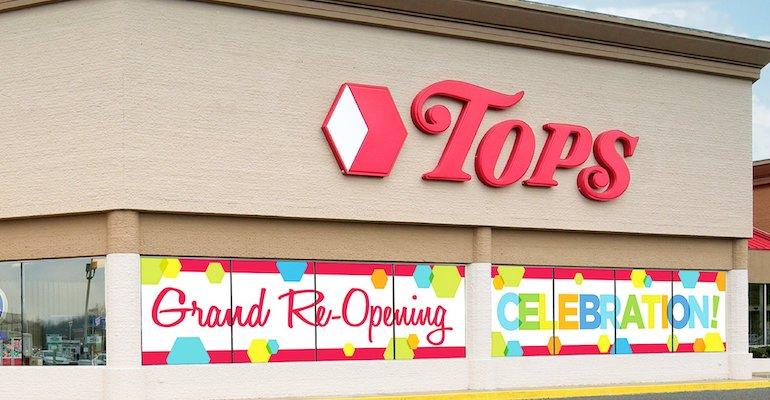 Regional grocer Tops Markets has expanded the number of stores in which it can sell beer and wine.

The Williamsville, N.Y.-based chain said this week that shoppers now can purchase wine as well as beer from its store in Bradford, Pa., which joins three other Tops supermarkets in Pennsylvania — in Meadville, Warren and Erie — that can sell both alcoholic beverages.

In the Bradford store, located at 150 Main St., customers can choose from hundreds of wines from around the world, including many selections from local wineries such as Twisted Vine, Mazza Vineyards, Allegany Cellars Winery and Flickerwood Wine Cellars, according to Tops.

“If beer and seltzers are more to their liking, we offer almost 1,000 different items from seltzers to lagers and ales to the hoppiest IPAs, and all the top local brands,” Jamie Szpylman, category business manager for beer, wine, and snacks at Tops, said in a statement.

Tops said it recently received a Wine Expanded Permit (WEP) to distribute wine and beer at the Bradford store. The permit enables shoppers to buy up to 192 ounces of beer with any transaction and up 3,000 milliliters of wine, which equates to two 1.5-liter bottles or four 750-milliliter bottles of wine. Both beer and wine are available for purchase during normal store hours.

“We’re thrilled to be able to offer our shoppers the added convenience and value of purchasing their wine and beer while shopping with us,” commented Kristen Hanson, vice president of center store sales and merchandising for Tops.

State authorization to sell wine in Pennsylvania has been “highly desired” and stems from the Pennsylvania Modernization Act, initially signed in June 2016, Tops noted. Previously, Tops could sell wine only in three of its Vermont stores. In Pennsylvania, the company first piloted the program at the Warren (144 Center St.) and Erie (74 Market St.) locations in 2016 before expanding to the Meadville store (144 Center St.) in 2017.