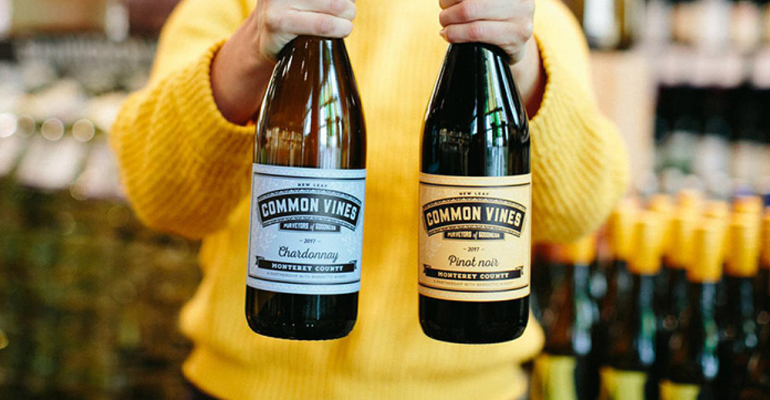 The wine section at New Leaf Community Markets has a new store-branded offering: the house wine, named Common Vines, available in a 2017 chardonnay and a 2017 pinot noir at an affordable $13.99 price point.

This new leap for the retailer comes largely thanks to its partnership with Bargetto, the local winery behind the product. “They have an excellent reputation, they exemplify the region and, personally, I've always been a fan of their wines,” says Oliver Carter, the store’s wine buyer. “This partnership also demonstrates two businesses in a community, working together to show our passion for great products.” 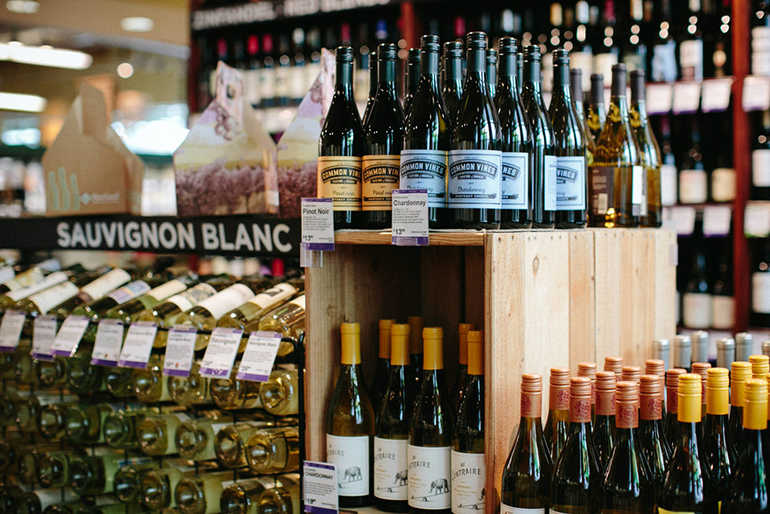 Carter estimates that the process from inception to shelf took about six months to a year. And it wasn’t very difficult, he says–just a series of meetings to develop the product and how it would be styled. Going forward, shoppers might see a Common Vines rosé or sparkling wine produced by Bargetto or another winery in the Santa Cruz or Monterey region. “One of the cool things about Common Vines is that we want to support a variety of local wineries,” Carter adds. “Wine shoppers have their favorites, but they also like to try different producers and varieties.”

While the process was fairly straightforward for Carter, he does have some tips to share with retailers looking to bring their own private label wine–or any product–to shelf.

Partnering with producers who have a good local reputation is key, he says. Plus, it’s easier to have meetings and develop relationships when partners are in the same region.

“We want to find producers who have the same values as our store,” says Carter. “Bargetto, for example, is a family business that promotes its sustainability initiatives, and is in the process of becoming biodynamic. This is in line with our store’s commitment to sustainability.”

3. Go with what works

“If I had my own wine shop, I wouldn’t make any money because I’d only sell wines that I like,” Carter says. “You can get as esoteric as you want and have fun, but you also have to think about the customer. Do the research on what’s popular and mainstream.”