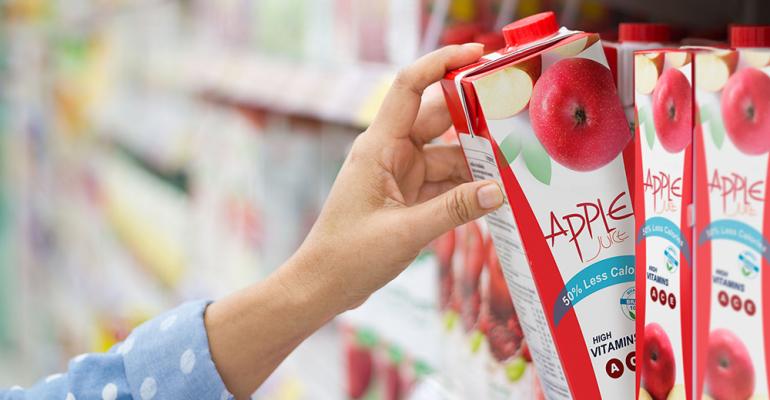 Consumer Reports said Wednesday that in a test of 45 fruit juices — including national, store and private brands — it detected potentially harmful levels of arsenic, cadmium and lead in nearly half of the products.

Four flavors of juices were examined — apple, fruit juice blends, grape and pear, with most from concentrate — and three samples of each product were purchased retailers nationwide.

In the test, Consumer Reports found measurable levels of at least one of the heavy metals cadmium, inorganic arsenic, lead or mercury in all of the fruit juices evaluated.

Of the 45 juices, 21 products (47%) had “concerning” levels of cadmium, inorganic arsenic and/or lead, though none had elevated levels of mercury, the organization said. Grape juice and juice blends had the highest average heavy metal levels of the products tested.

Consumer Reports noted that seven of the 21 juices could be harmful to children who drink 4 ounces or more a day, while nine of the juices present risks to children drinking 8 ounces or more a day. Of the products with elevated levels, five were juice boxes or pouches from 4 ounces to 6.75 ounces, potentially harmful to kids who drink more than one box or pouch daily.

Consumer Reports noted that, in its test, the juice brands marketed for children weren’t any better or worse than the other products in terms of heavy metal levels. Similarly, the organic juices tested didn’t have lower levels of heavy metals than the conventional juice products examined.

The findings raise concern given that Americans — especially children — drink a lot of juice, according to Yonkers, N.Y.-based Consumer Reports. “In some cases, drinking just 4 ounces a day — or half a cup — is enough to raise concern,” James Dickerson, chief scientific officer said in a report on the test.

A recent Consumer Reports survey of 3,002 parents revealed that over 80% of parents with children age 3 and younger give their kids fruit juice at least sometimes, and of those children 74% drink juice once daily or more often. Depending on the amount of exposure, heavy metals may put children are higher risk for such health issues as lowered IQ, behavioral problems like ADHD, type 2 diabetes and cancer, Consumer Reports said, noting that these hazards are well-documented. For adults, exposure to even modest amounts of heavy metals over many years can raise the risk of bladder, lung and skin cancer; cognitive and reproductive problems; and type 2 diabetes, among other health conditions.

“In the course of a lifetime, the average person will come into contact with these metals many times, from many sources. We’re exposed to these metals so frequently during our lives that it’s vital to limit exposures early on,” said test leader Tunde Akinleye, a chemist in Consumer Reports’ Food Safety division.

On Wednesday, Consumer Reports sent a letter to Food and Drug Administration Commissioner Scott Gottlieb that outlined the juice test findings and the health risks posed by heavy metals. The consumer organization also made recommendations to limit the levels of certain heavy metals in juice.

“The risk comes from chronic exposure,” according to Dickerson. “Minimizing consumption of juices and other foods that have heavy metals can reduce the chance of negative outcomes in the future.”