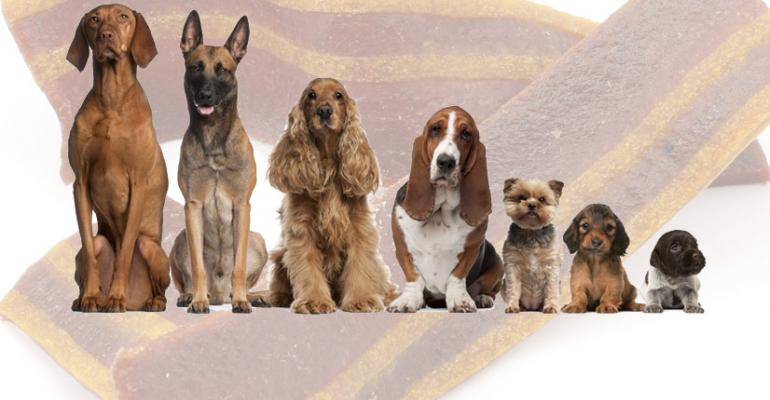 &ldquo;If the FDA determines that these or any products are unsafe, they would initiate a recall and we would immediately pull the product.&rdquo; &mdash; Keith Dailey, spokesman, Kroger Co.

WASHINGTON — It was business as usual in pet food aisles last week despite the Food and Drug Administration’s request that veterinarians and pet owners help it investigate why jerky treats are making pets sick, retailers told SN.

As of Sept. 24, over 3,600 dogs and 10 cats have reportedly become ill from eating jerky treats, most of which came from China, said Linda Tollefson, associate commissioner for FDA’s Office of Foods and Veterinary Medicine, in an FDA Voice blog post. About 580 of those pets died.

The FDA’s investigation has been ongoing since 2007 but since it is unable to isolate a contaminant, no recalls have been issued.

“Researchers in CVM [Center for Veterinary Medicine] labs, working together with other labs across the country, have tested jerky pet treats for microbiological contaminants, heavy metals and elements, pesticides, rodenticides, molds, antibiotics and other compounds,” wrote Tollefson in her post. “We’ve also analyzed hundreds of medical records and lab results, including examining and testing fluids and tissues of sickened pets.

Read more: Help Us Find Out Why Jerky Treats Are Making Pets Sick

“Jerky pet treats from pet owner’s homes have been tested and compared with store samples. We’ve even made our own jerky to try to duplicate the commercial process.”

FDA teams have visited manufacturing plants and suppliers in China and met with the country’s regulatory authorities.

“The gold standard for a recall is to find a specific contaminant in the product,” she said. “Unfortunately, we are still missing that piece of information. So what we are trying to do is to get the word out to pet owners and veterinarians that these treats are not required — they’re a treat. For those pet owners who decided to give jerky treats to their pets, we’ve provided a list of symptoms to look for and advised that they should stop feeding the treats if they see any of those symptoms.”

“If there was a sign on the shelf that said the FDA is investigating [jerky treats] I would have been able to make an informed choice and Heidi would still be here,” said DeSollar. “I just wish I’d have had a choice.”

To save pet owners from similar heartache, DeSollar started a petition on Change.org imploring Wal-Mart, Target, Safeway, Kroger and Walgreens to pull jerky dog treats from China from shelves. She gained 78,000 signatures.

But it hasn’t been enough, she said.

Safeway spokeswoman Teena Massingill said that since Safeway has not been notified of illnesses linked to the specific treats sold in its store, it continues to sell them.

“The FDA has not called for a recall of chicken jerky dog treats,” she said. “We are not aware of any illnesses associated with chicken jerky treats currently in our stores. We look to the FDA for information and guidance on this issue, and will continue to closely monitor it.”

A Kroger Co. spokesman said Kroger will not intervene unless the FDA issues a recall.

“The FDA has been aware of this for several years and continues to investigate,” said Keith Dailey. “If the FDA determines that these or any products are unsafe, they would initiate a recall and we would immediately pull the product.”

Target, Wal-Mart, Walgreens and Publix did not respond to SN’s request for comment.

Meanwhile Ray Parker, co-administrator of Animal Parents Against Pet Treats Made in China, whose dog Sarge died after eating a chicken jerky dog treat, is petitioning the FDA via Change.org to require retailers to post consumer warnings about these treats at the point of sale.

“Have you heard of the FDA Reportable Food Registry that lists products that have a ‘reasonable probability of causing serious adverse effects?’ I had never even heard of it — and it cost my dog his life. Will my children, spouse, parents or friends be the next victims?” asks Parker.

“With just a simple piece of paper posted on store shelves, millions of American families can be spared the consequences of purchasing potentially dangerous products. There are so many hazards that reach our homes and families. This is the last line of defense.”

Parker points to section 211 of the Food Safety Modernization Act, which would require grocery stores that have sold a reportable food to post a notification to consumers in a conspicuous place. But details of the  yet-to-be enacted FSMA are still being finalized.

And even once the FSMA takes effect, it’s not likely that retailers will be required to involve the jerky treats, noted Bensette, since the registry is for products with known contaminants.

“There is no requirement to make firms report through the portal in the case of jerky pet treats because there is not sufficient evidence to say that a specific contaminate is causing the clinical signs seen in the animals that consume the product,” she said.

SN Poll: Are you doing anything to make consumers aware of the FDA's ongoing investigation into jerky pet treats made in China?

Meanwhile, last week, the FDA announced a proposed rule under the FSMA aimed at pet food.

Under the draft Current Good Manufacturing Practice and Hazard Analysis and Risk-Based Preventive Controls for Food for Animals rule, facilities manufacturing, processing, packing and holding animal food, both domestically and abroad, would be required to put into place procedures to minimize or prevent hazards reasonably likely to occur, as well as to follow new current good manufacturing practices.

“The bottom line is that we want the foods that animals eat to be safe. We want you to be safe if you’re handling pet food or eating foods derived from animals. This rule will help us do that,” said Daniel McChesney, director of the Office of Surveillance and Compliance at FDA’s Center for Veterinary Medicine.