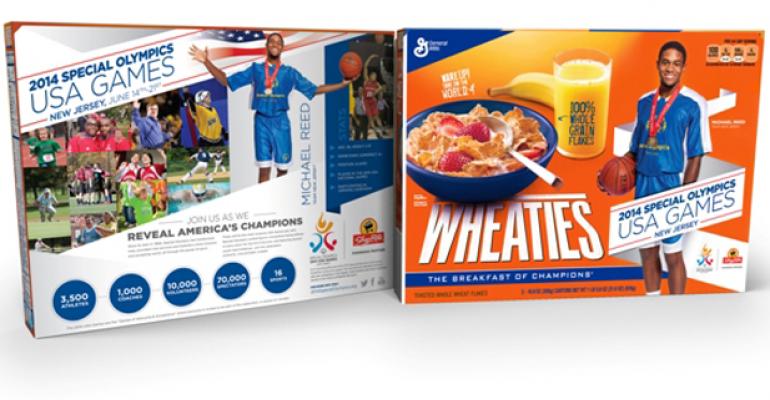 Derrick Noble, 21, from Bloomfield, N.J., has participated in Special Olympics for the past five years. In addition to flag football, he competes in basketball and softball.

Derrick has been an intern of the Brookdale ShopRite in Bloomfield for the past three years and works in the ShopRite from Home department.

“I am so honored and grateful to be on the box, as it is such a great honor,” Noble said in a statement. “Being on the box makes me feel famous —like my brother and I are celebrities."

ShopRite, a Founding Partner of the 2014 USA Games, worked with General Mills to create the signature box. In addition to the Nobles, several other members of Team New Jersey who will be competing in the 2014 USA Games, are featured on the back of the Wheaties box.

ShopRite is a member of the Wakefern Food Corp. cooperative.