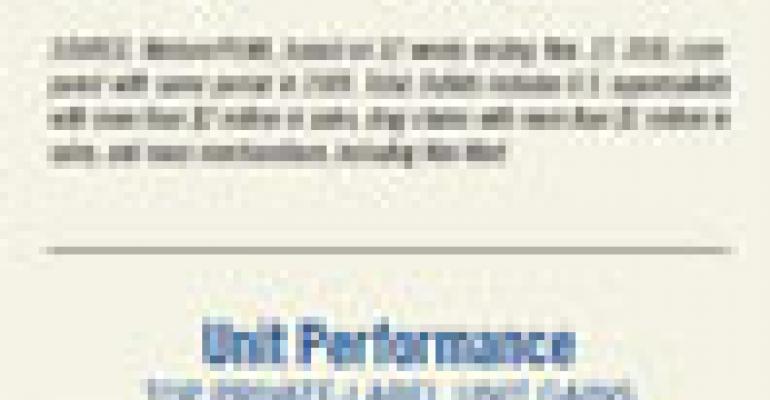 If retailers and manufacturers want to break that pattern, they need to continue to innovate and put a renewed focus on insights and marketing, said Parag Desai, principal at McKinsey & Co.

Depending on how well they do, private-label share can grow from its current 19% to 24% by 2016. That five-point change could mean an extra $40 billion in sales, according to Desai.

While that gain is certainly attainable, it's not guaranteed, he said. If the growth rate slows like it did after past recessions, then 19% will hold.

“The question is will you push it up to 24% or will you suffer the same fate of what happened during the last few economic recoveries,” he asked a group of retailers, private-label manufacturers and others at the Private Label Manufacturers Association's annual show in November.

Drastically changed consumer spending habits are in the industry's favor. While National Bureau of Economic Research, a panel of academic economists based in Cambridge, Mass., says the recession is officially over, Americans do not feel a change for the better.

More than half (53%) are worried about losing their job, 48% said they are still living paycheck to paycheck, and 43% said they are having a hard time making ends meet.

“Despite improvements in the economy, there's no doubt that many U.S. households still feel pressured,” he said.

Food consumers have responded in a variety of ways, including by reducing shopping trips, trading down and using new technology.

“The days of going only to a grocery store has gone away,” he said. “Consumers are trying new channels, and their expectations are being met.”

While it was anticipated that the recession would make consumers reassess their spending, it's rare to see such drastic financial changes, said Susan Viamari, editor of SymphonyIRI Group's Times & Trends report.

“In past recessions, we have not seen the degree of conservatism stay quite as high,” she said.

Store brands can capitalize on these fiscally prudent behaviors by driving home messages about the quality and savings their brands provide.

“Store brands have an opportunity across the store, particularly these days when people are finding it hard with money,” she said.

Some categories are benefiting more than others. These include health and beauty care. Store-brand dollar share in the health care category grew 2.6 points to 30.2% for the 52 weeks ending April 18, 2010, according to SymphonyIRI.

“Private-label health care really took off during the course of the recession,” according to Viamari.

Food retailers are uniquely positioned to come out ahead because of the improvements they've made to their store-brand lines.

But national-brand marketers are fighting back with competitive pricing and merchandising strategies.

So much so that store-brand share fell across several dairy categories, including milk, yogurt and processed cheese.

“This is because national-brand marketers have stepped up their game,” she said. “It's become a pretty intense battle.”

To keep store-brand sales on the upswing, retailers need to underscore their value proposition. On average, store brands offer consumers a savings of 30.5% vs. nationally branded CPG products, according to SymphonyIRI. Savings range from 7% in the fresh/perishables department to nearly 61% in beauty/personal care.

The price gap is widening in several categories. In frozen foods, for example, store brands offer consumers an average savings of 30.8%, a two-point increase for the 52 weeks ending April 19, 2010, vs. the same period the prior year, according to SymphonyIRI.

Today's consumer is cost-conscious, but looking for value, which means good quality at a reasonable price.

“Consumers are realizing that total value takes precedence over the image of national brands,” Walker said. “They are looking to buy the best products they can for the best value.”

Retailers that don't do anything to enhance or promote their private-label products are missing a huge opportunity in the short term to garner incremental sales and in the long term by not securing consumer loyalty, said Walker.

“Retailers need to think and act like a brand with regard to their store brands,” said Walker.

They need to prominently and consistently promote their store-brand program in terms of value and quality, rather than price alone. They also need to be highly visible in all areas, from in the store and in store circulars, to websites and social networks.

“Store brands provide an excellent opportunity for retailers to differentiate themselves from their competitors,” said Walker.

Private brands don't have to follow the same path as they did in previous recessions, said Todd Hale, Nielsen's senior vice president of consumer and shopping insights.

Take the 2001 downturn. Private brands initially grew at the expense of national brands, but the nationals went on to regain share.

This recession is different because retailer brands are much stronger than they've been.

“We've reached a new plateau from which private brands will escalate and grow,” said Hale.

To keep sales on the upswing, private brands need to pay more attention to categories that haven't had much private-label representation before.

“They need to focus on areas that historically have not been a stronghold for private brands,” he said.

These include nonedibles like women's fragrances and cosmetics. Such categories typically have lower private-brand share because they require more new product innovation or a heavy marketing and advertising investment.

“It's harder for stores to get into these categories without spending a considerable amount,” he said.

But it can be done. Hale points to Kroger Co.'s Mirra health and beauty care brand for women.

“They don't call it a Kroger brand, they call it Mirra,” he said. “They put a brand name behind it.”

“This is a great category for 7-Eleven to go after because they know a lot about beer,” he said. “It's a big-selling category in their stores.”

Along with product development, state-of-the- art promotions are equally as important.

Food Lion is among the retailers that understand the value of promotional activity. It has launched several events aimed at boosting private-label awareness.

One is the Food Lion “Price Check Challenge,” a game in which consumers choose the price differential between select private-label products and national brands. The winners are entered to win $500 in free groceries and an iPod touch. Food Lion also promotes its store brands on YouTube videos and via mobile phone.

Hannaford Bros., Scarborough, Maine, is also very progressive with store-brand promotional programs. It teamed with FitMamaEats.com and three other food bloggers who write about nutrition and cooking. They were asked to buy the store-brand version of their favorite items, and to cook and test recipes using only Hannaford-brand products. Each was compensated to then write about their experiences.