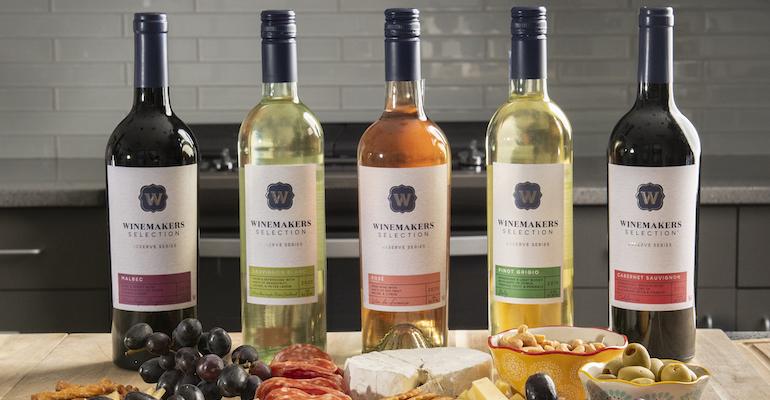 Related: Albertsons adds sustainable wines to its Own Brands offering

“The Reserve Series features incredible tasting wines that radiate the characteristics that made their regions famous,” Fremstad wrote in the blog. “Customers can explore Italy’s delle Venezie region with a light and refreshing Pinot Grigio or visit the Andes Mountains in Mendoza, Argentina with a velvety and full-bodied Malbec — so you can take an adventure around the world, without needing your passport.” 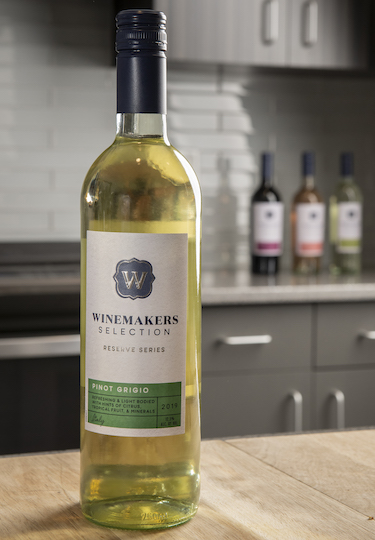 Related: Are reopenings on tap for in-store beer and wine service?

Bentonville, Ark.-based Walmart has repositioned and expanded the Winemakers Selection line since introducing it in June 2018. At its debut, the brand included 10 wines sourced from California, France and Italy that sold for about $11 a bottle and initially rolled out to 1,100 stores. Then last August, the retailer launched the Winemakers Selection Classic Series, a line of California-sourced wines — including chardonnay, pinot grigio, rosé, cabernet sauvignon and a red blend — for about $5 a bottle at 2,600 stores.

“Since introducing the Winemakers Selection label to Walmart customers in 2018, we’ve continued to identify new ways to bring our customers new and exciting offerings as they explore the collection. Last year, Walmart exclusively relaunched the Winemakers Selection Classic Series, which featured a streamlined brand identity and varietals that we know our customers love, all sold at an incredible value. More than a year since its relaunch, the Classic Series wines have quickly become a customer favorite,” Fremstad explained.

“Over the past year, we’ve noticed our customers have been more interested in exploring premium wines but wanting to try them at an accessible price point without sacrificing quality,” he said. “That’s why today I’m thrilled to share that Walmart is exclusively launching the latest addition to the Winemakers Selection label: Winemakers Selection Reserve Series.”

Walmart said the Winemakers Selection Reserve Series is available at Walmart stores nationwide as well as online via Walmart Grocery Pickup and Delivery, depending on local and state regulations.

In 2020, private-label alcohol sales — including beer, wine and spirits — were flat in dollars ($43.9 billion) and unit volume (4 billion) across all retail outlets (food, drug, mass, club and dollar stores), according to Private Label Manufacturers Association and NielsenIQ data. Mass/club/dollar chains saw the largest gain, with dollar sales up 0.1% to $10.2 billion and units up 0.2% to 914.6 million. Supermarkets had flat sales in private-brand alcohol, with dollar volume of $31 billion and unit sales of 2.8 billion.

Overall wine dollar sales, however, have been similar between those two channels during the past year. For the 52 weeks through May 16, wine sales rose by 6.2% year over year to $13.7 billion for the multi-outlet retail channel and by 6.9% to $10.6 billion for supermarkets, according to IRI.