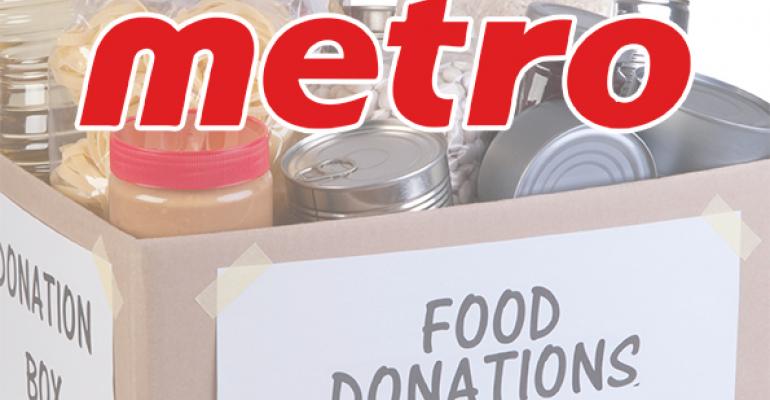 Metro announced a new food recovery program for 65 stores in the Montreal area that will result in weekly donations of 10,000 kilograms of food to Moisson Montreal, a local food bank.

The retailer’s donations will include meat, which Dany Michaud, the executive director of Moisson Montreal, called “the most sought-after item by food banks.” Forty community organizations will be able to cook meals and distribute food thanks to Metro’s donations.

The program involves Metro and Super C stores on the Island of Montreal and the South Shore. It follows a pilot of 11 stores in the Montreal area.

"Although we constantly try to minimize food loss in our stores, the very nature of our activities results in occasional losses. That’s why we’re so happy to be working with Moisson Montreal to reduce food waste, knowing that this food is being redistributed and consumed by people who need it,” Marie-Claude Bacon, senior director of corporate affairs for Metro, said in a press release.

“We are determined to extend the project to as many stores as possible across Quebec, according to the availability of the Moissons in the different regions. A pilot project will in fact be getting underway in two Quebec City Metro stores very soon.”