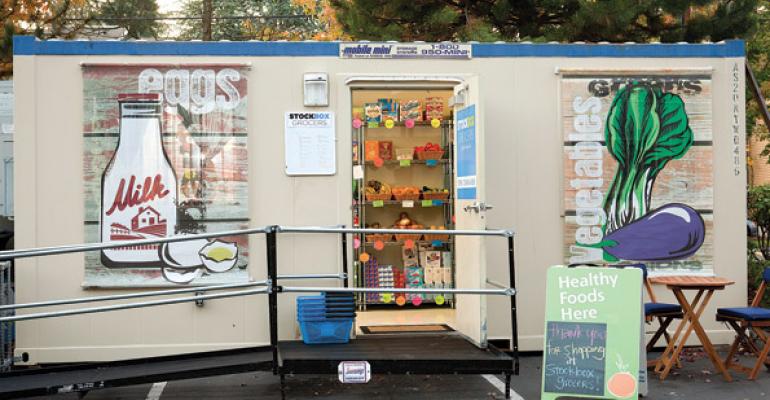 There’s no clear-cut way to eradicate food deserts, but Carrie Ferrence believes a shipping container full of perishables is a good place to start.

This fall, the recent business school graduate and a fellow classmate opened Stockbox Grocers in a parking lot in the underserved Delridge neighborhood of Seattle. During its three-month trial run, the market offered an assortment of fresh produce, dairy, meat and other perishables. The shipping container, meanwhile, wasn’t used to distribute food to the store — it was the store.

“We were looking for ways to minimize our setup and operating costs,” said Ferrence. “That’s really one of the bigger reasons why grocery and convenience stores aren’t serving these communities with good food.”

Indeed, food retailers have traditionally shied away from low-income areas where shoppers aren’t perceived as valuing produce, perishables and other high-turnover products found in a typical supermarket. This has given rise to grocery-starved food deserts, which according to the U.S. Department of Agriculture comprise 10% of the country and are home to more than 23 million consumers. 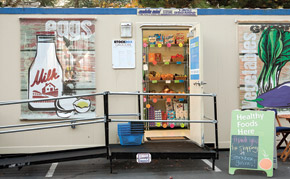 As public interest in these areas has grown, however, and as the Obama administration has offered up financial incentives to companies willing to build stores in them, supermarkets are taking a second look. Last summer, as part of First Lady Michelle Obama’s Partnership for a Healthier America initiative, Wal-Mart Stores and Supervalu each committed to building more than 200 stores in underserved neighborhoods over the next couple of years. Other, smaller chains like New York’s Bogopa Service Corp. and its Food Bazaar stores, which recently received $450,000 in sales tax exemptions from the city, have also begun expanding their presence in urban areas.

It might take more than just plunking down a store, though, to meet the needs of these neighborhoods. A study by researchers at the University of North Carolina followed 5,000 consumers over 15 years and found that proximity to a supermarket had little impact on whether they followed a healthy diet or not.

While large retailers develop their food-desert playbooks, startups like Stockbox are taking bold ideas to market. Ferrence plans to open two stores this year and projects they will feature 400 products and earn $600,000 each in annual revenue. She said Stockbox’s small, premade structure minimizes overhead and allows her to focus on only those items she knows will sell.

“We’re focusing on fresh food and the food people purchase most frequently in between large grocery trips,” she explained.

As for the belief that consumers in underserved areas aren’t looking for fresh, healthy foods — Ferrence said in her experience that just isn’t true.

“We actually learned there is a lot of pent-up demand for those items,” she noted.

Amelia Pape, co-founder of Fork in the Road Market in Portland, Ore., made the same discovery while getting her business off the ground. She and her team operated a pop-up market in housing complexes and senior centers throughout the city that featured fresh produce, cooking ingredients and meal kits. 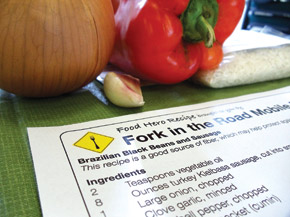 “We found that produce was an absolutely key seller for us,” said Pape. “That’s what people in these areas have a hard time getting. That’s what they want.”

Dan DeLuca believes there’s plenty of pent-up demand for fresh, local produce in rural Allentown, N.J., where he lives. He recently secured more than $2,000 through a campaign on kickstarter.com, a fundraising website, and plans to put the money towards a produce market in the small downtown area near his home.

“Around here there’s basically one supermarket, a ShopRite, and it’s a bit of a drive,” said DeLuca. “I think people like the idea of having a shop like ours where they might not get all of their produce, but where they can just make a quick run.”

It’s important, these entrepreneurs said, to interact with customers and offer practical advice. People were confused by Stockbox’s appearance at first, Ferrence said. They would just stare into the store from a distance. So she and her business partner got used to walking over and inviting them in.

The Fork in the Road team, meanwhile, offered meal kits containing ingredients and a recipe card detailing how to prepare each dish. They also gave culinary advice to customers and discussed nutrition topics.

“We’ve found that you can’t just drop something in front of a community of people who aren’t familiar with it and expect them to want it or know what to do with it,” said Pape. “We tried to provide as many resources as we could.”

Expansion plans are in the works. Pape and her team plan to turn Fork in the Road into a mobile market, and they’re currently searching for a truck after raising $12,000 through Kickstarter. Ferrence said she’s gotten more than a dozen calls from people across the country interested in franchising the Stockbox concept.

Ferrence said she’s holding off on accepting these offers before the first two stores are installed. Still, she admitted the format has a lot of potential for expansion.

“Everyone has parking lots, and everyone has shipping containers,” she said. “These are resources that can be adapted to most urban environments.”