H-E-B is the fifth-largest U.S. supermarket operator by sales, totaling annual sales of approximately $32 billion. Overall, the San Antonio, Texas-based grocer operates more than 420 stores, including over 360 in Texas and more than 50 in northeastern Mexico through a joint venture. The company’s U.S. store banners include H-E-B, H-E-B Plus!, Central Market, Mi Tienda and Joe V’s Smart Shop.

H-E-B marks its 116th year in business in 2021. The grocery retailer was founded in 1905 by Florence Butt with the opening of the C.C. Butt Grocery Store in Kerrville, Texas. In the 1920s, Florence’s son Howard E. Butt assumed leadership of the business, which in 1935 became the H.E. Butt Grocery Co. and then in 1946 was shortened to H-E-B. The company’s first stores in a supermarket format were opened in the 1950s. 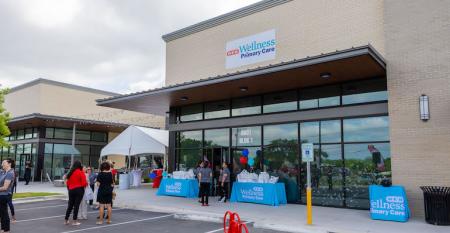 SN Retailer of the Year: Target's On a Run
Aug 30, 2021
Omnichannel retailer’s top-notch performance fueled by excellence in e-commerce, in-store retail and grocery