Discount retailer Save-A-Lot was founded in 1977 by Bill Moran as an alternative to big-box supermarkets. The chain was able to do this originally by acting as a wholesaler to independent grocery store owners and within three years the supermarket had grown from 1 to 50 stores in the South and MidWest.

Sale-A-Lot grew again when it acquired 75 Jewel T stores in Florida in 1984 and, three years later, was acquired itself by Shop ‘n Save’s parent company Wetterau Inc. In 1994, both Save-A-Lot and Shop ‘n Save were acquired by competitor Supervalu which expanded Sale-A-Lot’s reach.

During the time it was owned by Supervalu, Save-A-Lot purchased 21 discount-grocery Sav U Foods stores to expand into southern California and all 45 units of discount variety store chain Deals. Save-A-Lot grew the Deal$ banner to 480 stores before selling it to Dollar Tree in 2006.

Save-A-Lot entered a licensing agreement with Rite Aid in 2010 when it converted 10 of its existing pharmacies to co-branded "Save-A-Lot/Rite Aid" units in South Carolina. 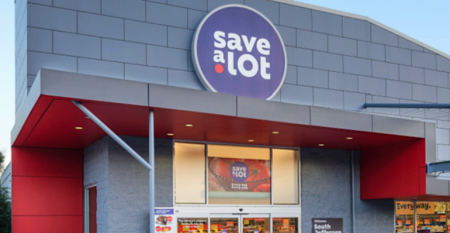 Save A Lot sells 32 stores as part of wholesale business shift
Sep 07, 2021
Locations in Cleveland, Chicago and Milwaukee to undergo upgrades

Retail expert Bill Bishop on what to expect next from Walmart
Jun 08, 2021
The ability to strike the right balance in food and general merchandise has made Walmart the retailer that it is...

SN Top 75 methodology and footnotes
Feb 19, 2019
The Supermarket News Top 75 annually looks at the consumables business and store counts of 75 of the largest supermarket and nontraditional retailers and wholesalers in the United States and Canada in an effort to show retailing industry progress...