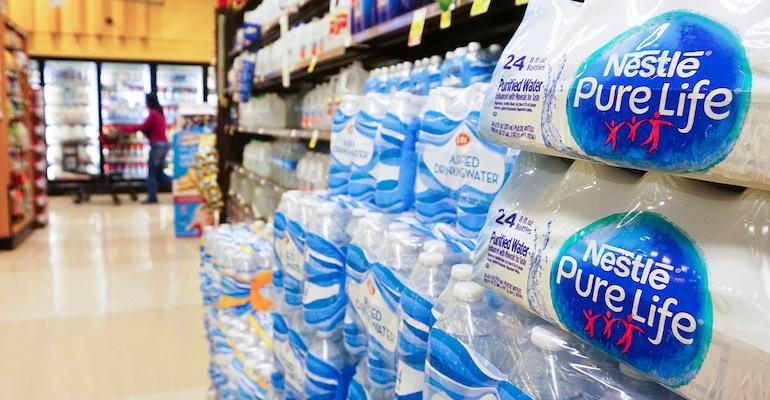 Bottled water has never been bigger with American consumers — literally.

The packaged drink, already the leader in the beverage category, set a total volume record of 15.7 billion gallons in 2021, according to new data from the Beverage Marketing Corp. (BMC). That high-level mark for bottled water eclipsed carbonated soft drinks’ all-time peak of 15.3 billion gallons in 2004.

Bottled water has outsold soft drinks every year since 2016. The trend is attributed to consumers who are increasingly choosing bottled water as a more healthful hydration option than other packaged drinks. 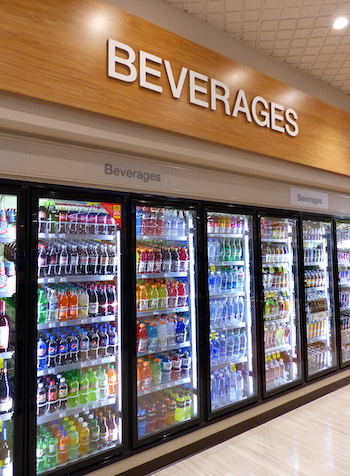 Consumers shifting away from less-healthful packaged drinks have fueled much of the bottled water category's growth. (Photo by Russell Redman)

“Upward movement in per capita consumption indicates clear, persisting demand for a product that consumers see as a healthy alternative to other beverages,” Michael Bellas, chairman and CEO of BMC, said in a statement. “Multiple inherent qualities explain bottled water’s ongoing appeal for U.S. consumers, including its association with healthfulness, convenience, safety and value.”

A significant portion of bottled water’s growth — 30% since 2012 — has come from consumers switching from less-healthful packaged drinks.

“Bottled water’s freedom from calories and artificial ingredients appeals to many consumers,” Bellas explained. “Some consumers may have transitioned away from regular, full-calorie beverages in favor of their diet versions, but many others opted for bottled water instead. As some consumers became wary of artificial sweeteners, they shifted away from diet beverages as well as regular counterparts.”

Nine out of 10 Americans (91%) want bottled water to be available wherever other drinks are sold, according to a survey conducted on behalf of the International Bottled Water Association (IBWA) by The Harris Poll. And the healthier consumption shift from sugary drinks to bottled water also could work in reverse. If bottled water is unavailable, 74% of consumers say they will turn to other packaged drinks, not tap water, the poll found.

“People are choosing to drink fewer calories, and making that healthy choice of bottled water has the added benefit of helping the environment. Not only are bottled water containers 100% recyclable — including the cap — but they also use much less plastic than soda and other packaged beverages,” according to Jill Culora, IBWA’s vice president of communications.

Soda containers, which require thicker plastic due to the carbonation and/or bottling processes, use an average of 188% more PET plastic than bottled water containers (23.9 grams versus 8.3 grams for 16.9-ounce containers), according to the IBWA. Bottled water, too, has the smallest water and energy use footprint of any packaged beverage, the association added. On average, 1.39 liters of water (including the one liter of water consumed) and 0.21 mega joules of energy are used to produce one liter of finished bottled water.

“Consumer preference for healthy hydration and bottled water is really good news for public health,” Culora commented. “This is particularly important as the nation continues to experience high rates of obesity, diabetes and heart disease.”