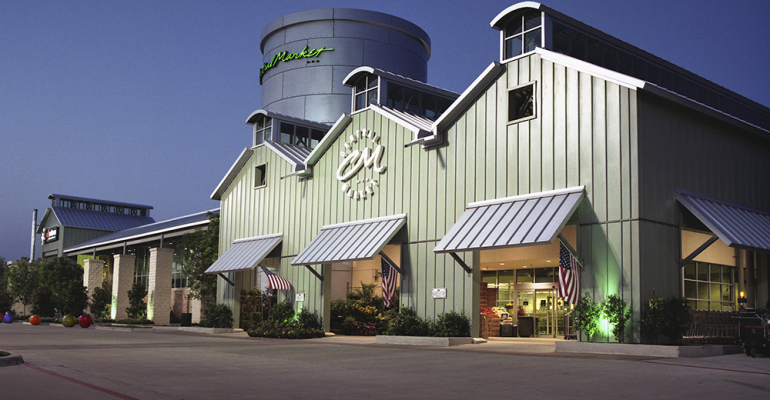 Shoppers named H-E-B’s Central Market in Texas as the best supermarket and Shipt as the best online grocery service in a survey by Consumer Reports.

Regional chains led the ranking for brick-and-mortar grocery stores, Consumer Reports said Wednesday. Out of a top rating of 100, Central Market came in first with a score of 91, followed by Wegmans Food Markets at 90; Heinen’s at 89; and Gelson’s Markets, Market Basket and Trader Joe’s tied for fourth at 87. There was a five-way tie for fifth, with Crest Foods, Fareway Stores, New Seasons Market, Costco Wholesale and Publix Super Markets all scoring an 86. 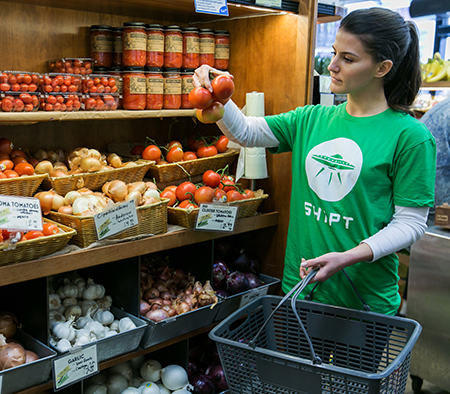 This year marked the first time that Consumer Reports rated online grocery services, though customer satisfaction ratings — again based on 100 as the top score — weren’t as high as for physical stores.

Shipt, a Target Corp. subsidiary, was No. 1 with a score of 79, followed by Amazon Prime Now at 75, Ahold Delhaize USA’s Peapod at 72, FreshDirect and Instacart at 70, and AmazonFresh at 66.

“A growing number of Americans are relying on grocery delivery services to bring food to their doors without the hassles of driving, finding parking, navigating aisles, waiting in checkout lines, loading bags into their vehicles and unloading bags once home,” according to Tobie Stanger, senior editor at Yonkers, N.Y.-based Consumer Reports.

For brick-and-mortar grocers, the ratings are based on responses from 75,065 Consumer Reports members to the consumer advocacy organization’s 2018 Supermarkets Survey. Respondents rated the one or two supermarkets they visit most often. Overall, Consumer Reports said 96 grocery retailers (including supermarkets, warehouse clubs and supercenters) were rated by shoppers based on 13 attributes, such as store cleanliness, price, food quality and variety, checkout speed and staff helpfulness, selection of healthy options and locally produced foods, and variety of international and multicultural foods.

“Our members told us their top reason for shopping at a grocer was low prices,” Stanger said. “Among members who quit shopping at a particular store because they were dissatisfied, one of the most common reasons stated was that it was too expensive.”

“Central Market and Wegmans were the only stores in the ratings to excel not only in produce quality, but also in produce variety, selection of healthy options, selection of locally produced products, and variety of international products or multicultural foods,” Stanger noted.

Central Market, Costco and Trader Joe’s led the field for store-brand quality and were the only retailers getting top marks from shoppers in that attribute.

Finishing at the bottom in the overall rating was Key Food, with a score of 69. Rounding out the bottom five scores were Tops Markets, Walmart Supercenter, Shaw’s and Acme Markets, tied with a score of 70; Safeway, Stop & Shop, Randalls and Jewel-Osco at 72; Pick ‘n Save, Shop ‘n Save, Winn-Dixie, Bi-Lo and Giant Eagle at 73; and Price Chopper (Northeast) and Vons at 74.

For online grocery, ratings were based on responses from 3,043 Consumer Reports members in the 2018 Supermarkets Survey who said they used these services. Shipt and Amazon’s Prime Now received high scores across service attributes.

“Members gave Shipt top marks for hours of delivery, timeliness, communications about delivery status, packaging and text-based customer service. Amazon Prime Now got commendable marks for delivery hours, timeliness and communication about delivery status,” Stanger reported. “Both services got better-than-average scores for the quality and freshness of their delivered groceries.”