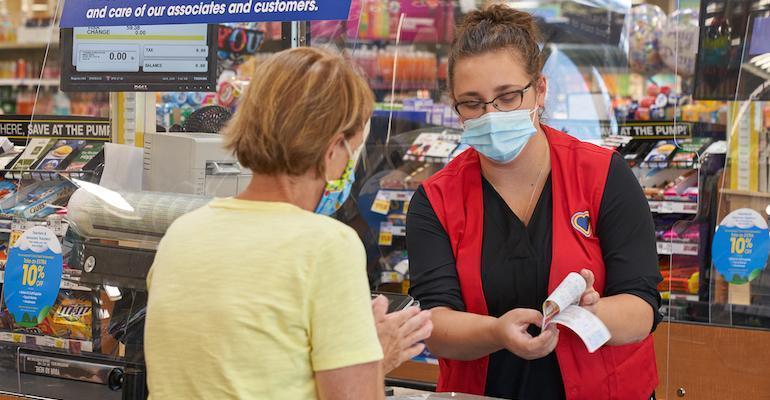 The Kroger Co.
Of grocery shoppers polled by Morning Consult, 72% report that they’re purchasing fewer items because of concern over pricing, and 24% said they do this often.
Issues & Trends>Consumer Trends

More than 7 of 10 shoppers opt to buy fewer items to save money, Morning Consult finds

Many grocery shoppers are embracing a simple strategy for combatting high food price inflation: Don’t buy as much.

Of about 2,000 U.S. adults with primary or shared food shopping responsibilities for their households, 72% report that they’re purchasing fewer items because of concern over elevated grocery inflation, according to a survey by data intelligence firm Morning Consult. That’s up from 64% in October 2021 and represents the same percentage as those who said they’re specifically worried about high grocery inflation versus inflation overall.

“The share of U.S. adults who say they are ‘very concerned’ about grocery inflation has remained high, even outpacing concern over inflation in general since Morning Consult began tracking in July,” Emily Moquin, food and beverage analyst at Morning Consult, wrote in a report on the poll findings which cover primarily the month of September. “Heightened concern over prices in this category is understandable, given that food represents the second-largest monthly expenditure for most people, behind only housing. Plus, the Consumer Price Index for food-at-home was up 13% year over year in September as prices for groceries continued to spike amid high demand and supply chain disruptions.” 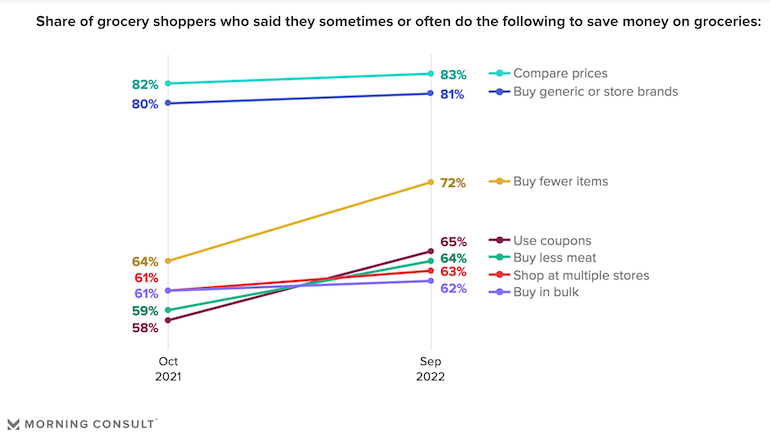 Among grocery shoppers saying they’re putting fewer items in their cart or basket to save money, 19% report doing so rarely, 47% sometimes and 24% often. The share of those frequently opting to buy fewer products in order to save rose from 15% in October 2021, whereas respondents saying they do so sometimes dipped by one percentage point and consumers doing so rarely declined by 8 percentage points.

“Amid widespread concern, shoppers are employing myriad tactics to save on grocery bills. In our latest survey, 82% of shoppers said they at least sometimes made an effort to save on groceries in the past month because of inflation,” Moquin explained in her analysis. “Consumers have consistently relied on these tactics, but recently a growing number have been employing a different approach: buying less overall.” 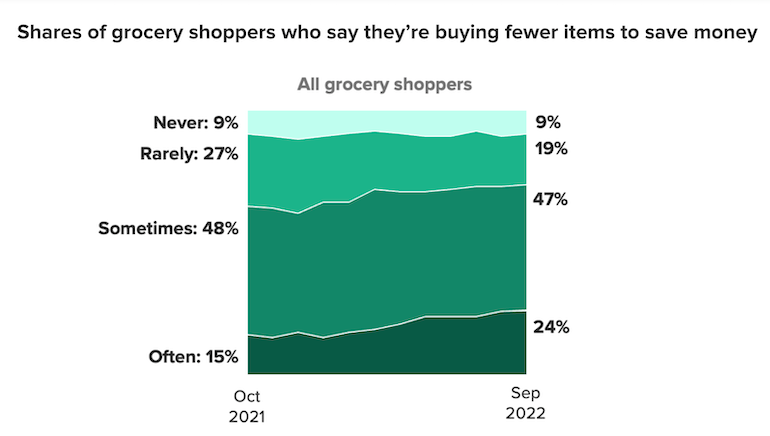 Unsurprisingly, lower-income households are more likely to cut back on grocery purchases as they feel inflation’s squeeze on their pocketbooks. For example, 27% of those surveyed with annual income of less than $50,000 said they often buy fewer items to save money, compared with 21% of those making $50,000 to $99,999 a year and with 19% of those with annual income of $100,000 or more.

“This behavior is most common among people from lower-income households, who are more likely to have to stay within a monthly budget than higher earners. But those in the highest income range, earning at least $100,000 annually, are also 6 percentage points more likely to say they often buy less,” according to Moquin. “Age also plays a factor in determining who is most likely to rely on this particular cost-cutting behavior. Surprisingly, Gen Xers, not younger generations, are the most likely to report buying fewer items. Financial stress is weighing heavily on these adults.”

Consumer concern about rising prices also has spread to more categories across the store, she noted. The share of respondents worried about elevated prices remains the highest in meat (+3 points from October 2021) and produce (+5 points). Yet that concern has jumped in dairy (+10 points), beverages (+10 points), pantry items (+9 points) and ingredients (+8 points). 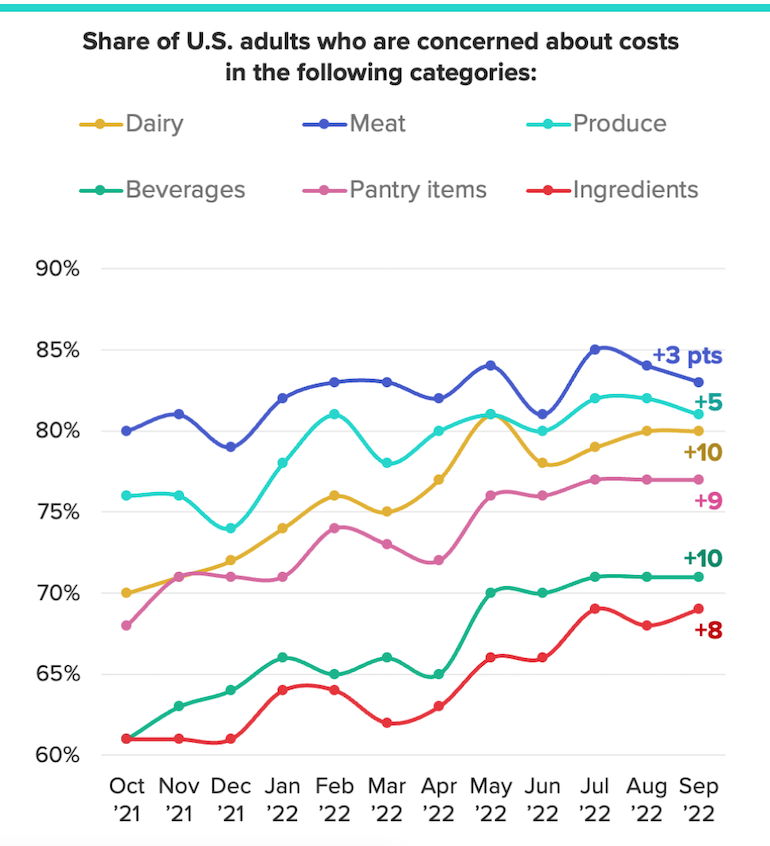 “Initially, consumers’ concerns centered on the categories they purchased the most frequently and where price increases may have been the most obvious. Nearly a year ago, high shares of consumers expressed concerns about rising prices in categories representing a greater dollar share of people’s grocery carts, like meat and produce,” Moquin observed. “Now, as prices have risen across the store, concern has also risen in less frequently purchased categories and categories that have experienced the most price growth.”

In the food-at-home segment, the sharpest 12-month price hikes for September came from cereals and bakery products (+16.2%), dairy and related products (15.9%) and other food at home (+15.7%). Of the remaining major grocery store food groups, year-over-year increases were 12.9% for nonalcoholic beverages; 10.4% for fruit and vegetables; and 9% for meat, poultry, fish and eggs, the U.S. Bureau of Labor Statistics reported.