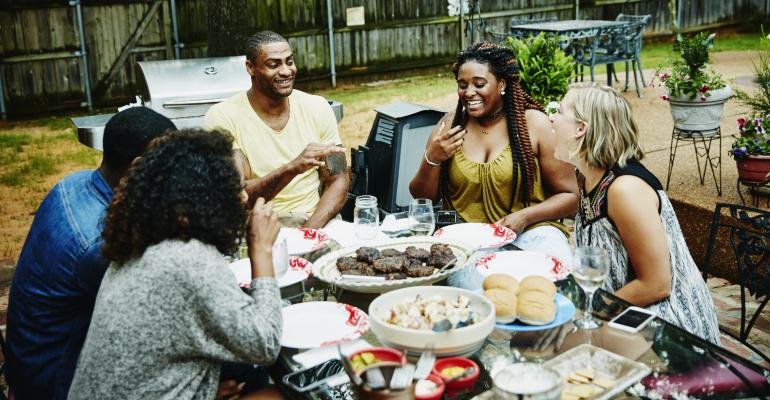 Grocery shoppers plan to welcome a summer with fewer restrictions

As vaccinations rise, masks come off and the country continues to open up more broadly, Americans are looking ahead to summer barbecues and get-togethers with friends and extended family, according to a late-April 2021 survey of nearly 1,000 U.S. grocery shoppers by Advantage Sales.

Health concerns and social distancing measures during the height of the panemic derailed group gatherings last year, the study noted: Fully half of grocery shoppers surveyed did not host a single summer barbecue or get-together with anyone outside their immediate families between mid-May and mid-September last year, about one-seventh hosted just one.

This year, with 47% of Americans completely vaccinated and CDC guidelines easing mask and social distance recommendations, more than one-third (35%) of survey respondents say they’ll have more barbecues and get-togethers this summer. Another 17% are still considering whether their summer will be filled with more frequent gatherings.

With Memorial Day and Independence Day right around the corner, more Americans plan to host celebrations: More than half of grocery shoppers are hosting (37%) or considering (18%) a Memorial Day weekend get-together, with similar numbers for the Fourth of July (37% hosting, 19% considering).

One-third of those who did not host any get-togethers last year are planning to extend invitations to friends and family this summer; 29% are still considering their plans. More than four in 10 (44%) of the surveyed grocery shoppers who hosted a single get-together last summer plan to host more this year, according to the report.

Shopping behaviors have changed in the 15 months since the pandemic, and while most grocery shoppers surveyed plan to pick up the majority of their barbecue food, beverages and supplies at a brick-and-mortar store, 10% plan to order most of what they’ll need exclusively online. Nearly three in 10 will shop for the majority of their barbecue purchases equally in stores and online, the survey said.

Among traditional barbecue foods, hamburgers will be served at two-thirds of surveyed shoppers' first summer gatherings. Hot dogs of all types and chips will be on the menus of more than 40% of shoppers' lists. Dip, fresh corn and other seasonal vegetables, and watermelon will be on one-third of hosts' tables. About one-fifth of hosts plan to broaden their menus with veggie burgers and meat alternatives. 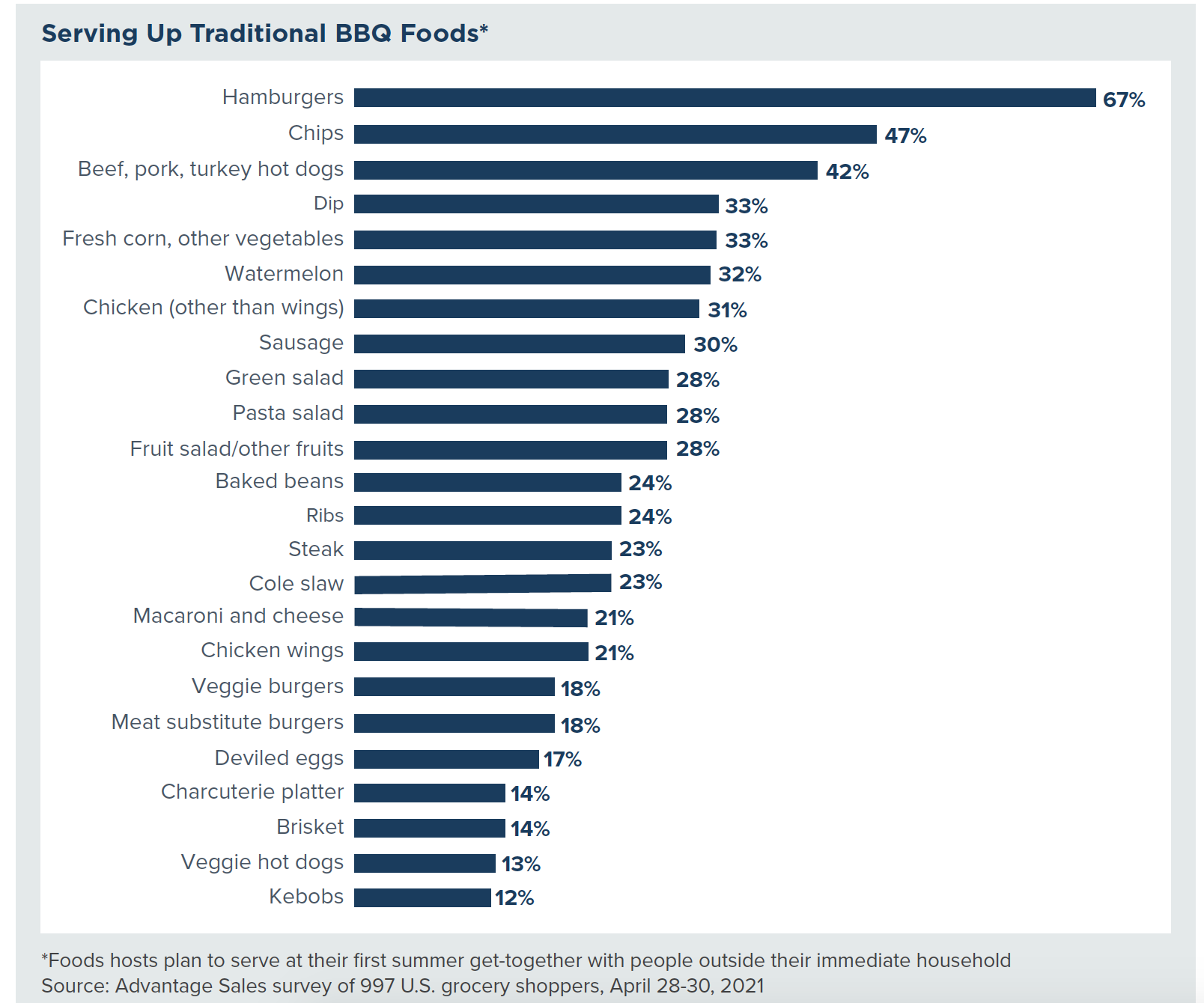 Beer, soda and bottled water are the beverages of choice for summer get-togethers. Three in 10 shoppers plan to serve wine and two in 10 will have bottled and canned alcoholic beverages, like premixed cocktails and hard seltzer, in the cooler.