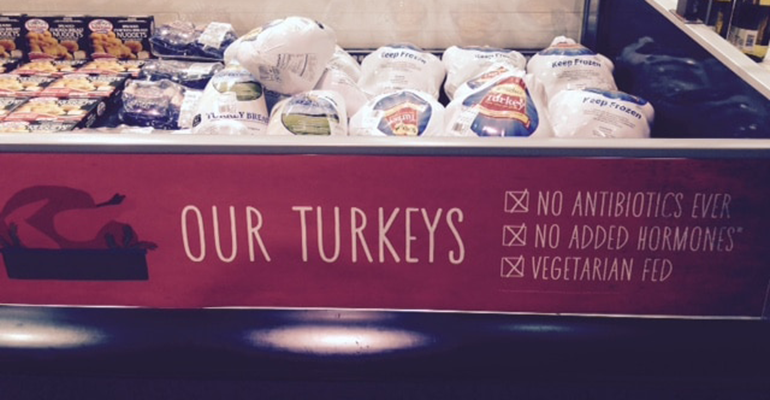 Supermarkets were among the top shopping destinations over the Thanksgiving holiday weekend, which saw a jump in multichannel shopping, according to a survey by the National Retail Federation (NRF).

Overall, more than 165 million Americans shopped in stores or online during the period, exceeding the 164 million who had said they would do so in a pre-holiday survey, said NRF and Prosper Insights & Analytics, which conducted the study.

NRF noted that customers seamlessly shopped on all platforms over the holiday weekend. About 89.7 million people shopped both online and in stores, up nearly 40% from last year and well ahead of the number of in-store only (34.7 million) and online-only (41.4 million) shoppers, according to the survey. Multichannel consumers accounted for 54% of the holiday shoppers versus 25% for online-only and 21% for in-store only.

What’s more, the multichannel customers outspent the single-channel shopper by up to $93 on average, NRF reported. The average shopper spent $313.29 on gifts and other holiday items over the five-day period. Of that, $217.37 or 69 percent was specifically spent on gifts. The biggest spenders were older Millennials and Generation Xers at $413.05.

“For several years, we’ve been talking about the dynamic nature of the retail industry and the speed of change necessary to meet the consumer demand,” NRF President and CEO Matthew Shay said in a statement. “This year’s research clearly shows that the investments made by retailers are paying off in a big way. Over the last couple of days, what I heard in discussions with retail CEOs across all categories and segments was very positive, driven by macro conditions of low unemployment and rising wages combined with the right mix of merchandise at great prices. This is a very strong emotional start to the holiday season and a positive indicator of where we are headed over the next month.”

In the grocery arena, Amazon and Whole Foods Market reported a strong Thanksgiving sales period. The company said Tuesday that, for the second year in a row, Whole Foods broke its all-time record of turkeys sold during the Thanksgiving season. Also, they said that more customers than ever before had their turkeys delivered this year via AmazonFresh and Prime Now, and shoppers purchased “hundreds of thousands” of prepared holiday meals at Whole Foods Market.

Meanwhile, 66% of smartphone owners used their mobile devices to make holiday purchase decisions, up from 63% last year. That percentage was significantly higher for Generation Zers (88%) and Millennials (87%).

“This year, Gen Zers and Millennials changed the way they shopped over Thanksgiving weekend,” commented Phil Rist, executive vice president of strategy at Prosper Insights & Analytics. “These younger shoppers have become savvier when it comes to their research by leveraging social media to find inspiration for their purchasing decisions and used the holiday weekend to splurge on non-gift purchases for the season.”

Last month, NRF forecast up to a 4.8% uptick in holiday spending over the months of November and December.