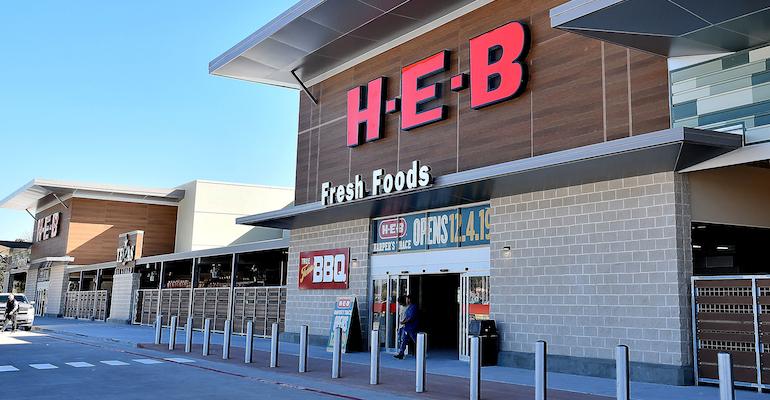 Amid high inflation, most major U.S. supermarket chains are experiencing growth in consumer transaction values, and H-E-B leads the way, while Ahold Delhaize is ahead with overall U.S. sales, according to an analysis by Bloomberg Second Measure.

“In July 2022, the grocery industry reportedly experienced the biggest year-over-year price hikes since the 1970s, affected by factors such as inflation and ongoing supply chain issues. So how has consumer spending at specific supermarket chains fared against this backdrop? Using consumer transaction data, we analyzed how U.S. consumer spending at major grocery store companies,” wrote Janine Perri, author of the Bloomberg Second Measure analysis report. 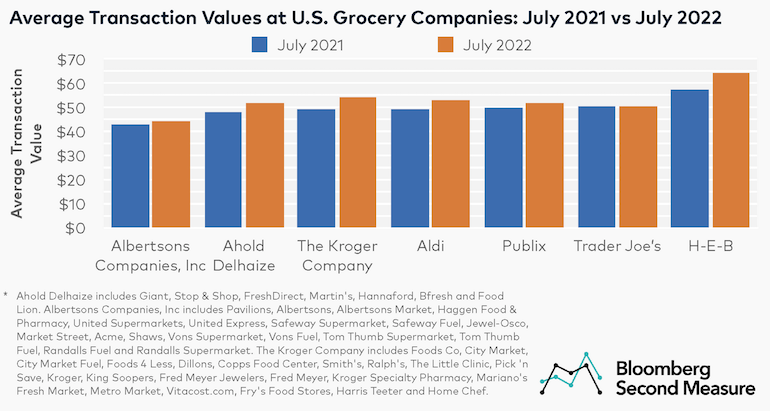 H-E-B’s 12% growth in average consumer transaction value is followed by Kroger with 10%, Aldi 8%, Ahold Delhaize 4%, and Albertsons and Publix with 3% each. Trader Joe’s didn’t see an increase but remained steady year over year. H-E-B also led in average spending at $64 while Albertsons scored the lowest at $44.

Bloomberg said factors that might influence average transaction values include the type of subsidiaries owned by each supermarket chain. Kroger and Albertsons, for example, also operate fuel, pharmacy and convenience locations. Geographic distribution also plays into it. H-E-B operates only in Texas, and Publix is primarily in the Southeast. In comparison, Kroger and Albertsons have much broader footprints in various regions across the U.S.

Factors influencing spending include inflation and supply chain issues, which are said to have triggered the biggest price hikes in July 2022 since the 1970s. Bloomberg reported that Albertsons CEO (Vivek Sankaran) has credited the widespread adoption of remote work during the pandemic with driving at-home eating habits and grocery shopping. 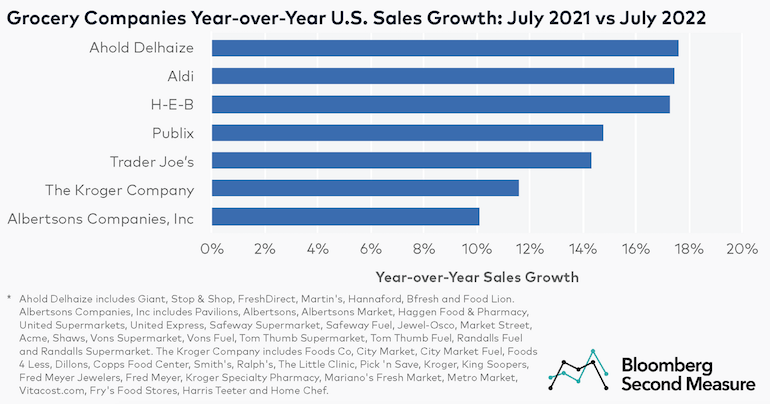 Retailers aren’t overlooking their inflation-battered customers, according to Perri. “The grocery industry is experimenting with new ways to engage with customers in the current inflationary environment,” she stated in the report. “Grocers like Albertsons and Ahold Delhaize are offering prepared meals to combat inflation and drive customer loyalty, while Kroger recently rolled out its Boost membership program, which offers free delivery for online orders and reward points for fuel purchases, nationwide.”

Some consumers are reportedly pivoting to private-label brands or trading down to save, the analysis said. Discount stores are also reportedly experiencing increased consumer demand, especially for groceries and household items, according to the analysis.