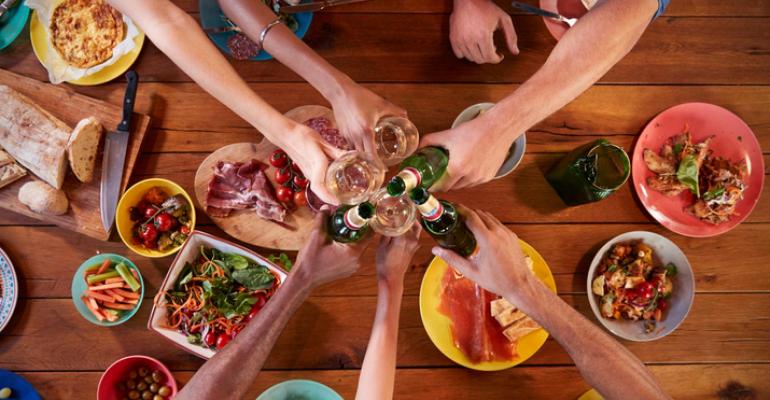 Convenience is the clear takeaway in a new report on millennial food purchasing, which also identified trending grocery categories among this generation of shoppers

The USDA’s Economic Research Service has released a report that details some of the grocery purchasing habits of different generations, with a close-up look at the kinds of purchases millennials tend to make. A lot of the report is not surprising, but there are a few interesting findings worth noting.

The clear, overarching trend with millennials is that spending on groceries is down, and spending on food outside the home is up. Even so, there are some grocery categories that seem to present opportunity among millennial consumers—these are categories where millennials spend at least as much, or more, of a percentage of their food spending as traditionalists (the generation born before 1946) do.

“Millennials allocate the highest budget shares to prepared foods, sugar and sweets, and pasta but the least to grains. The first three categories all require minimal preparation for consumption,” the authors explain. “Note the slight negative relationship between per capita income and prepared food purchases for the three oldest generations, which is absent in the millennials trend.”

Convenience is the clear takeaway: 62 percent of millennials reported purchasing prepared deli food, carry-out, delivery or fast food within the last seven days, while only 47 percent of traditionalists and 56 percent of Gen X-ers did so. The importance of convenience carries through to cleanup, with millennials spending the least amount of time per week (55 minutes less than Gen X-ers) on food preparation, presentation and cleanup. Interestingly, the researchers found the same pattern across income levels, suggesting that “millennial preferences for convenience may be a principal characteristic of the generation.”

Worth noting is that all is not lost for food eaten in the home. Fewer millennials buy food to eat at home, but the percentage of people eating at someone else’s home is greater than older generations. That may mean there’s opportunity to market food for entertaining purposes and appeal to millennials who may be hosting other millennials in their homes. ­­­­

There also seems to be a continued shift toward healthy eating, with an “an increasing appetite for fruits and vegetables as income rises and [millennials] allocate less to animal proteins”—although millennials also spend more of their food budgets on sugar and sweets as they become wealthier.