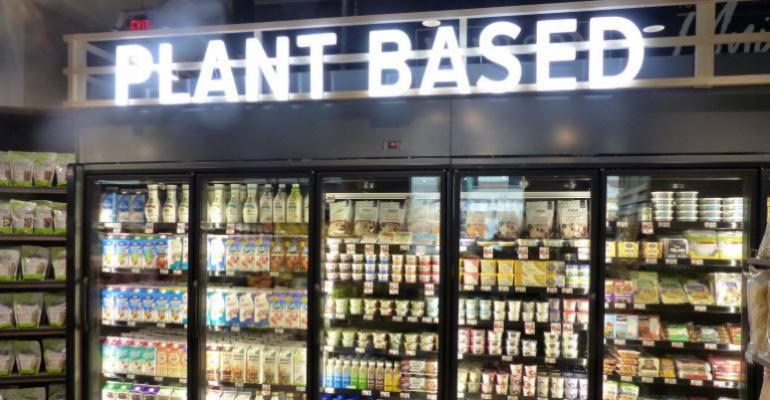 The U.S. market for plant-based foods hit the $5 billion mark in 2019, fueled by year-over-year sales growth of 11.4%, according to the Plant Based Foods Association (PBFA) and The Good Food Institute.

Related: CBD and plant-based continue to reshape the retail landscape 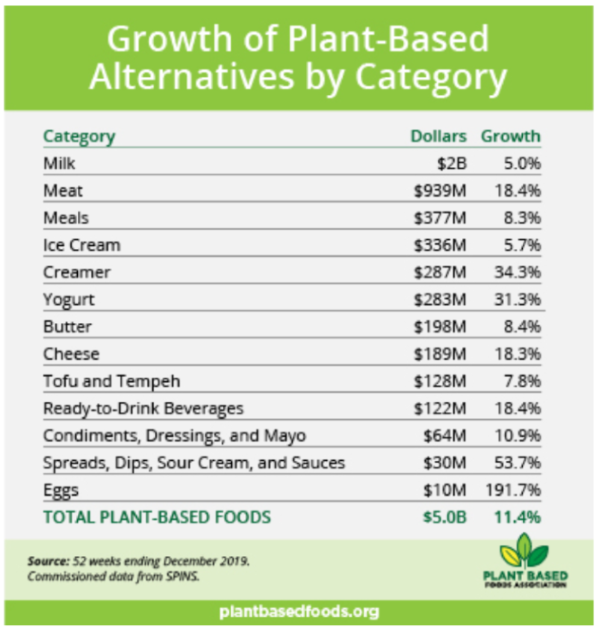 “Plant-based foods remain a growth engine, up 29% over the last two years,” Julie Emmett, senior director of retail partnerships at PBFA, said in a statement. “Growth is fueled by innovation in categories across the store, and retailers are responding by expanding shelf space to satisfy the rapidly expanding consumer base seeking more plant-based foods.” 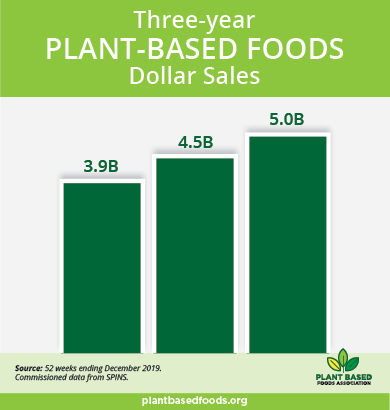 By far, the biggest category is plant-based milk, which last year tallied sales of $2 billion, up 5%. Plant-based milk sales now account for 14% of the entire milk category, PBFA said, adding that cow’s milk sales were almost flat in 2019.

PBFA said plant-based dairy categories are expanding as these items are introduced to more households, whereas sales of many conventional animal-based dairy products have remained flat or declined. 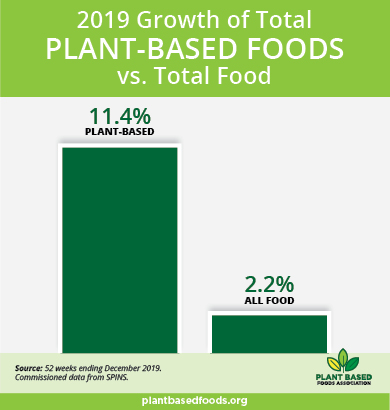 “Clearly, plant-based is a lasting trend that is gaining power over time. We see a steady rise in plant-based products year over year across regions, which indicates that this is not a bubble or a fad, but a real change in consumer behavior. This is a tipping point, with so much product innovation yet to hit the market,” commented Caroline Bushnell, associate director of corporate engagement a The Good Food Institute.

“Shifting consumer values have created a favorable market for plant-based foods, which have significantly outpaced overall grocery sales increases for three years running, making plant-based foods a growth engine for both manufacturers and retailers,” Bushnell said. “This is really only the beginning. Plant-based foods will continue to expand rapidly across the store in response to demand as consumers increasingly switch to foods that match their changing values and desire for more sustainable options. We expect further acceleration in 2020.”