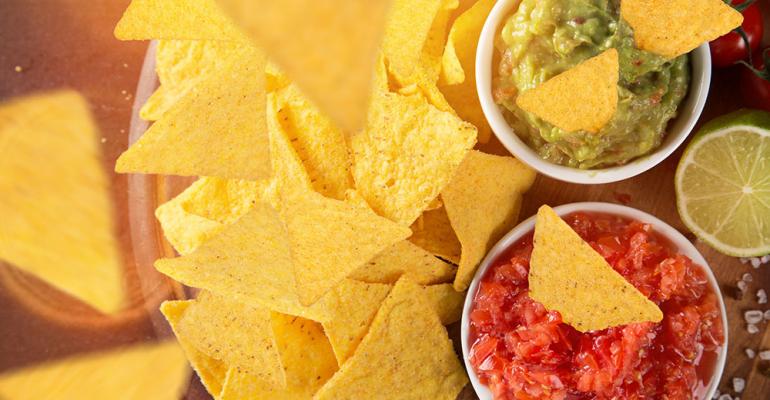 Super Bowl is boon to supermarkets

Super Bowl Sunday is one of the single-largest retail sales days for snacks at many supermarkets, according to retail sales data from Frito-Lay, which released the results of its inaugural U.S. Snack Index asking consumers what they plan to snack on during this year’s big game between the New England Patriots and Los Angeles Rams.

“Super Bowl Sunday is one of the busiest shopping days of the year for snacks,” said Steven Williams, senior vice president of sales, chief commercial officer, Frito-Lay North America. “It's different than other holidays we see throughout the year as consumers are most likely to be enjoying snacks specifically at home, which can mean their choices can vary from other occasions.”

• Spicy and cheesy snacks are the MVPs with younger consumers, while others go for the classics. Nearly half of Gen Z and millennials selected cheesy snacks as a top pick. In addition, spicy snacks fared best with these age groups.

• Salsa was the overall top dip choice. But when it came down to chip preference, French onion dip was the most popular dip for potato chips, while both salsa and guacamole came in high for tortilla chip dipping.

In another Super Bowl study, grocery app Basket dove into the prices paid by Americans for the 2018 Super Bowl, and forecasts what shoppers can expect to spend on their Super Bowl parties this year.

According to Basket’s data, the average cost to host a Super Bowl party went up 4% last year, from $313 to $324. And Walmart is the go-to for chips and dips — shoppers in the Northeast saved 22% on snacks over grocery competitor Safeway.

In addition, chicken wings saw an overall price decrease of 12% in the South, Basket reports.

The National Chicken Council’s annual Chicken Wing Report projects Americans' consumption of chicken wings will hit an all-time high of 1.38 billion wings during Super Bowl LIII weekend. This figure is up 2%, or about 27 million wings, from 2018. Picture this: If the 1.38 billion wings were laid end to end, they would stretch back and forth 28 times from Gillette Stadium in Foxborough, Mass., to Los Angeles Memorial Coliseum, the home fields of this year’s two Super Bowl teams.