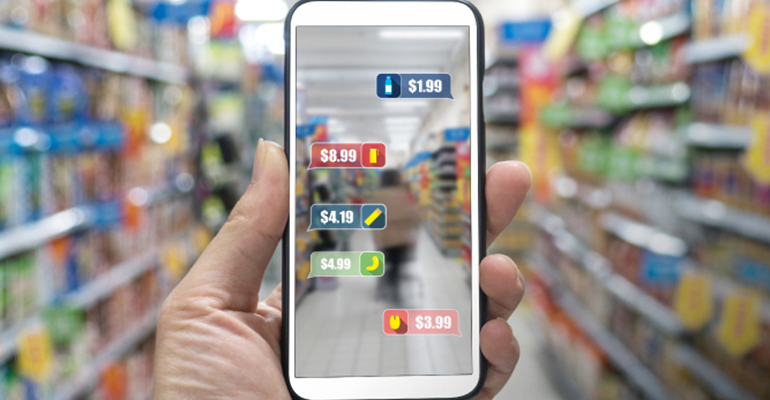 Consumers demand more use of technology to enhance shopping experience

Many consumers think grocery retailers need to do more to modernize the shopping experience, according to new research from cooling technology provider Phononic.

Of 1,118 consumers polled for the company’s 2019 Store of the Future study, 51% believe that if grocery stores don’t “enter the modern age,” more people will seek other ways to buy food.

Similarly, 41% of respondents said grocery stores don’t leverage technology as well as other retailers, while 40% think grocery stores “haven’t changed in decades” and need to adapt to the modern age.

“This should be a wakeup call to the industry,” Phononic's report said.

Related: Study: Convenience not a given in online grocery

In terms of how technology could be used to improve shopping, 89% of consumers surveyed want grocery stores to make checkout faster, and 83% want them to make shopping faster. The same percentage (83%) believes grocery stores can leverage technology to provide more choices, while 69% said grocery retailers could provide better meal ideas via more creative tech use.

“In just the past year, we have witnessed a huge amount of disruption in the food retail landscape as Amazon continues to put pressure on traditional grocers to differentiate the customer experience and offer increased in-store efficiency,” Dana Krug, vice president and general manager of food and beverage for Durham, N.C.-based Phononic, said in a statement. “Consumers’ feedback demonstrates the need for grocers to embrace technology options that make the shopping experience easier and more enjoyable.”

However, consumers have noticed grocery retailers’ efforts to advance the shopping experience. Phononic said its 2019 survey showed a slight improvement in attitudes about grocers’ technology adoption. The percentage of consumers who think grocery stores need to enter the modern age dropped from 56% in last year’s study to 51% this year. Likewise, the share of consumers who feel grocery stores haven’t changed in decades dipped from 48% in 2018 to 40% in 2019.

“It’s a safe bet that these numbers will continue to improve as the industry heavyweights bring innovations to market and smaller players catch up,” according to the report.

Eighty percent of consumers polled recognize grocery retailers’ efforts to offer more hot and cold prepared foods. Meanwhile, 77% believe grocers have instilled a “modern feel” in their stores, and 70% say retailers do a commendable job in pairing complementary foods. Another 65% approve of stores’ efforts to offer healthier and/or fresh options at checkout.

“As we look towards the future, it’s clear that consumers have some high demands for the technology applications they expect grocers to invest in, from cashierless checkout to self-driving car delivery,” Krug added.

In canvassing consumers about how they expect grocery shopping to change over the next five years, 86% said mobile apps will allow people to scan groceries as they shop and then pay for them without having to go through checkout. Seventy-nine percent expect most supermarkets to become primarily self-checkout.

Over three-quarters of Americans (76%) think that in the next five years more brick-and-mortar stores will offer ways to auto-replenish basics. Two-thirds (66%) say there will be pop-up and/or mobile supermarkets in urban and rural areas to make it easier to shop.

Phononic noted that a lot of consumers foresee changes in store formats. Sixty-two percent expect to see entire stores dedicated to prepared meals to go, while 48% believe that supermarkets could evolve from large, multi-purpose stores to smaller, specialized stores.

“Like many other industries, the grocery business is bracing for change,” Phononic said in its report. “As more shopping options present themselves, consumers are feeling more empowered. They are raising their voices to let their preferences be known, and retailers are scrambling to serve consumers’ needs.”