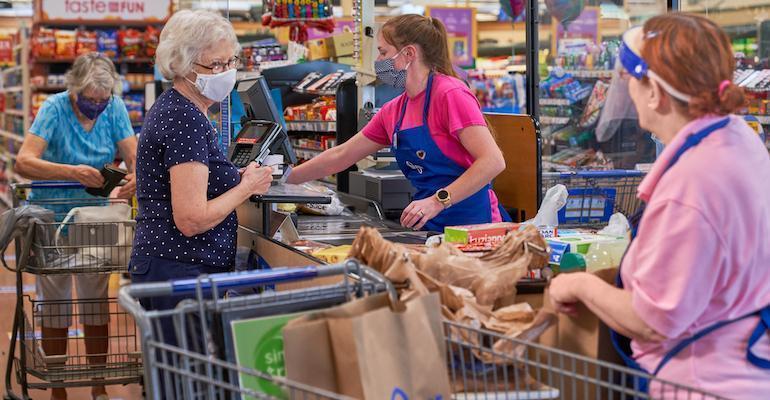 The Kroger Co.
The Feedback Group noted that the actual average net profit for a supermarket has been close to 1% historically and as high as only 3% in 2020, based on data from FMI-The Food Industry Association.
Issues & Trends>Consumer Trends

Grocery shoppers believe their primary store enjoys a net profit of 33%, according to a national study conducted by The Feedback Group with more than 1,200 grocery shoppers. The Lake Success, N.Y.-based researcher noted that the actual average net profit for a supermarket has been close to 1% historically and as high as only 3% in 2020, based on data from FMI-The Food Industry Association.

Shoppers’ off-base perceptions likely feed into their middling ratings of supermarket price competitiveness (an average of 3.95 on a five-point scale) and only slightly higher marks on value for the money spent (4.18 on average). 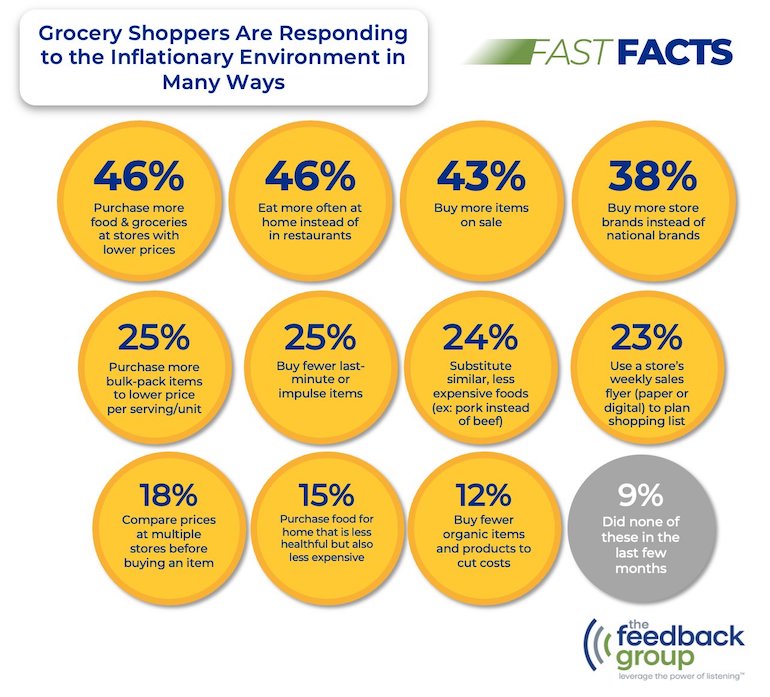 “Clearly, grocery shoppers believe that the stores they shop are far more profitable than they actually are,” Doug Madenberg, chief listening officer at The Feedback Group, said in a statement. “This inflated view of profits certainly leads some shoppers to think that food stores simply aren’t doing enough to keep prices down. I think most grocers had a hunch about this misperception, but the actual 33% net profit figure is extremely telling.”

Meanwhile, consumers are employing a wide range of strategies to cope with inflation, such as purchasing more food and groceries at stores with lower prices (cited by 46% of those surveyed), eating more often at home instead of at restaurants (46%), buying more items on sale (43%), and purchasing more store brands instead of national brands (38%).

“Nearly four out of 10 grocery shoppers indicate they have been buying more store brands instead of national brands, and our research shows that 75% of shoppers agree that the prices of private or store brands were a lot less expensive than national brands,” according to Brian Numainville, a principal at The Feedback Group.

When shoppers were asked which item they would most like supermarkets to lower the price on, meat had more than double the number of responses of the next highest category, dairy items (with milk mentioned most). Produce came in third, about evenly split between fruit and vegetables.

“Our study shows that food inflation is having a tremendous impact on supermarket shopping behavior,” Madenberg noted. “More than 90% of shoppers have employed at least one money-saving strategy to deal with the impact. It’s critical that grocers merchandise and communicate in ways that show their customers they are part of the solution.”