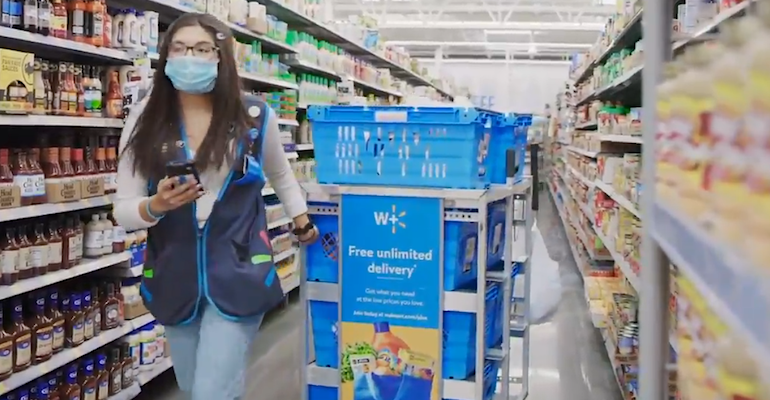 Consumers prefer to buy groceries at Walmart’s stores and websites versus Amazon, even as the latter holds the overall lead in retail e-commerce, according to an analysis by Jungle Scout.

Of more than 1,000 U.S. adults surveyed, 57% said they’re more likely to shop Walmart for groceries, compared with 15% for Amazon.com, Jungle Scout said in its “2022 Amazon vs. Walmart Report.” The Walmart figure includes 32% of customers who prefer to shop for groceries at its stores and 24% at Walmart.com. 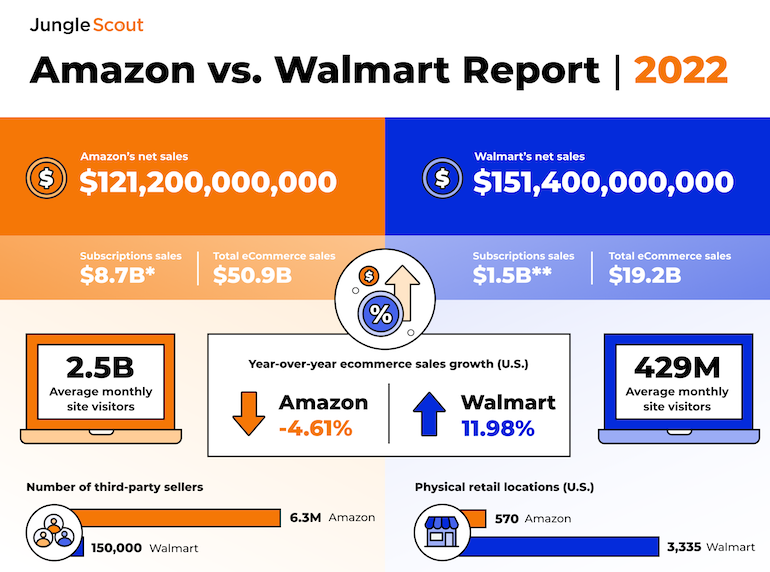 Walmart also gets the nod from consumers as their main destination for purchases in a range of other categories found at the supermarket, said the study from Austin, Texas-based Jungle Scout, which provides an e-commerce platform for selling on Amazon.

For example, 34% of respondents indicated they like to shop at Walmart for alcohol (15% at Walmart.com) versus 12% at Amazon, and 51% opt for Walmart (19% for Walmart.com) in cleaning supplies, compared with 18% for Amazon. 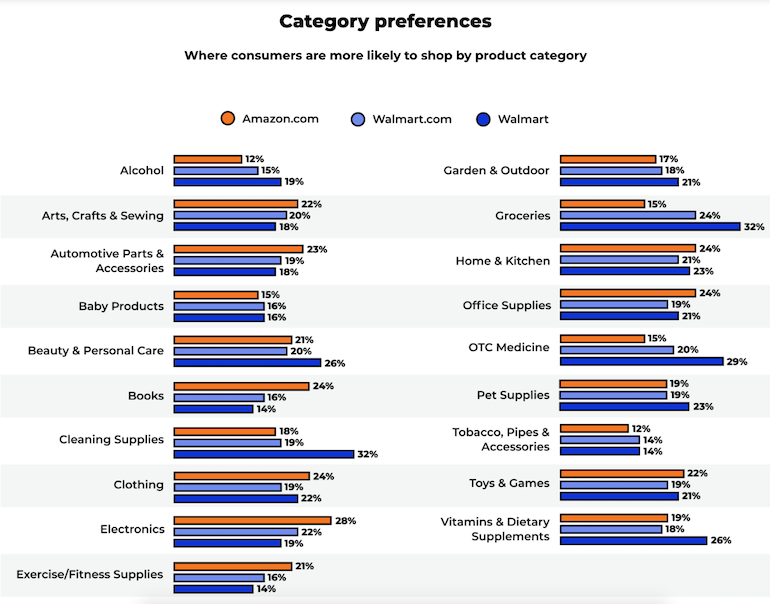 “The retail environment is constantly changing, due to economic currents and consumer whims. Amazon and Walmart are both leveraging online and offline technologies as a way for brands to create more dynamic solutions that satisfy their customers,” observed Michael Scheschuk, president of small and medium business and chief marketing officer at Jungle Scout. “Investments like Amazon’s Dash Cart in Amazon Fresh stores and Walmart’s Virtual Try-On in their iOS app will raise the bar for all retailers and improve consumer experiences.” 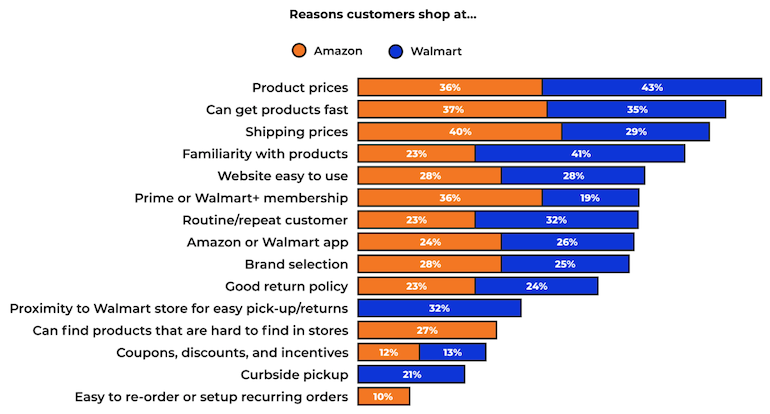 • 63% of consumers surveyed start their search for a product online on Amazon, compared with 43% at Walmart.com.

• 57% of consumers have an Amazon Prime membership versus 31% who have a Walmart+ account.