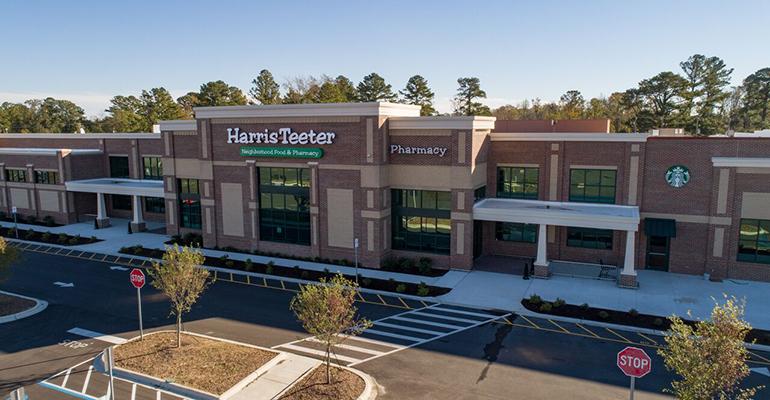 These chains top the list for alternative meat products

Though specialty grocers remain the top destination for alternative meat products, traditional supermarkets are building their appeal for these offerings with vegetarian-leaning consumers.

Related: Plant-based protein: A fad, or here to stay?

At the top of the list is Whole Foods Market, followed by Trader Joe’s, Sprouts Farmers Market, Publix Super Markets and Harris Teeter. Although three of those chains are specialty grocers, four of the next five are traditional supermarkets: Kroger, Winn-Dixie, Aldi, Stop & Shop and Ralphs.

“While vegetarian-leaning consumers over-index at specialty grocers, mainstream grocers are still appealing to this audience as they have expanded their vegetarian options to stay competitive,” inMarket said in its “Where Vegetarian-Leaning Consumers Grub & Grocery Shop” report. “The convenience of being able to buy specialty items without taking an extra trip to a specialty grocer is an attractive selling point to consumers.”

Venice Beach, Calif.-based inMarket ranked the retailers most attractive to vegetarian-leaning consumers based on purchase history and visitation patterns. The company identified shoppers who have bought meat alternatives — including Boca Burger, Morning Star, Quorn and Beyond Meat — this year and then evaluated their store visits between March and May to see where these customers over-index versus the U.S. baseline.

InMarket noted that its analysis signals which grocers “should” sell meat-alternative foods. The company said its findings come as a rising number of consumers seek healthier alternatives and the fanfare surrounding plant-based products — from the announcement of Beyond Meat’s initial public offering to Burger King launching Impossible Whoppers across the country — shows how customers’ preferences are shifting rapidly.

“Specialty grocers like Whole Foods, Trader Joe’s and Sprouts have outpaced mainstream grocers likely due to the fact that they offer a much more diverse array of vegetarian options than their mainstream counterparts as demand for meat alternatives increases. These specialty grocers also have historically focused on specialty food items like alternative healthier food items and vegetarian offerings, which makes the top three grocery chains appealing to vegetarian-leaning shoppers,” inMarket explained. “While the top three are made up of specialty grocers, a majority of the top 10 also include more traditional grocery chains.”

Also this year, inMarket ranked the top 20 quick-service restaurants (QSRs) and fast-casual restaurants that “should introduce” meat-alternative items on their menu, based on high percentages of vegetarian-leaning customers.

“Pizza chains are most popular among customers who purchase meat alternative products, likely because a plain cheese pizza or a veggie supreme is, of course, vegetarian. MOD Pizza, one of the highest-ranking fast casual eateries for vegetarian-leaning customers, also happens to be one of the most-funded, having raised more than $312 million thus far,” inMarket said in the report.

“Interestingly, we have three major sandwich chains and two Mexican food chains that over-index with vegetarian-leaning customers, which makes both categories a likely place for expansion of Impossible products,” inMarket added.