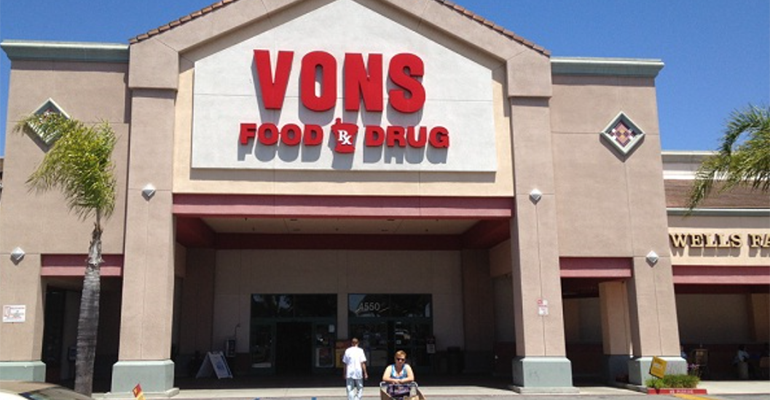 The Venice Beach, Calif.-based digital advertising firm said the five supermarket retailers are the most attractive to vegetarian-leaning consumers based on purchase history and visitation patterns. The company identified shoppers who have bought meat alternatives — including Boca Burger, Morning Star, Quorn and Beyond Meat — in 2018 and then evaluated their store visits from January to May to see where these customers over-index versus the U.S. baseline.

“In order to be vegetarian, you don’t need to spend your ‘whole paycheck’ at a specialty grocer. Thus far in 2018, shoppers who purchase meat alternatives are more likely to visit mainstream grocers Vons and Publix when compared to the U.S. baseline,” inMarket said in its latest inSights Report Card, titled “Where Do Vegetarian-Leaning Consumers Shop?”.

Cameron Peebles, chief marketing officer at inMarket, said it’s “probably not a huge surprise” that Southern California chain Vons — part of Albertsons Cos. — draws high traffic from customers seeking meat alternatives, given its strong presence in Los Angeles, which has a large pool of vegetarian-leaning consumers.

No. 3 Sprouts also has a sizable L.A. footprint and was the leading natural/organic grocer on the list, ahead of Whole Foods at No. 5 and Trader Joe’s, which at No. 6 fell just short of the top chains.

“For Whole Foods and Sprouts, catering to this market is clearly part of their overall marketing plan and demographic targeting. There were surprising moments with Publix and Kroger on the list, but when you peel back and look at their strategy, it makes a lot of sense,” Peebles explained.

Kroger, which came in fourth, rolled out its plant-based Beyond Meat brand in July 2017 and has continued to expand its offerings to the vegetarian-leaning customer base, inMarket noted.

“Kroger has its own organic brands, but they’re very good at launching new products and placing them well within their stores. As an example, Kroger places a good amount of their meat alternatives with the meat section, and that shows they can introduce these products through sampling into a population that may not have otherwise gone into the produce section,” Peebles said.

“Kroger is doing a good job of trying to effect this shift,” added Mike Don, chief operating officer at inMarket. “Vons coming out No. 1 is not surprising. They’re very good about matching up with clientele in the Southern California area, which has a good share of people that are very health-conscious.”

The Southern California market typically exhibits a lot of innovation in consumables, Don pointed out. “We see people innovating in every food group, from super-pasteurized milk to Beyond Meat, which is a great example, and to all of the premium ice cream alternatives, whether dairy or nondairy,” he said.

With more than 1,100 supermarkets across the Southeast, mostly in Florida, Publix offers a large selection of meat alternatives, which could be attracting price-savvy vegetarian-leaning customers who determined they can get what they want at Publix without having to make an extra trip to a specialty grocery store, according to the inMarket report.

“There are a lot of retired people there [in Publix’s market area], and the data could show potentially that they become more health-conscious as they get older,” Peebles said.

Even with a huge assortment of products for vegetarians, Whole Foods trailed traditional supermarkets on the list in attracting buyers of meat alternatives. “As mainstream grocers continue to expand their meatless offerings to a growing percentage of vegetarian shoppers,” inMarket’s report said, “it will be interesting to see how the typically more expensive Whole Foods handles the competition.”

Whole Foods already has taken a competitive hit since mainstream supermarkets began boosting their selection of natural and organic products, according to Don. “That’s been going on for quite a while now at larger grocery chains, and it will continue to expand,” he said.