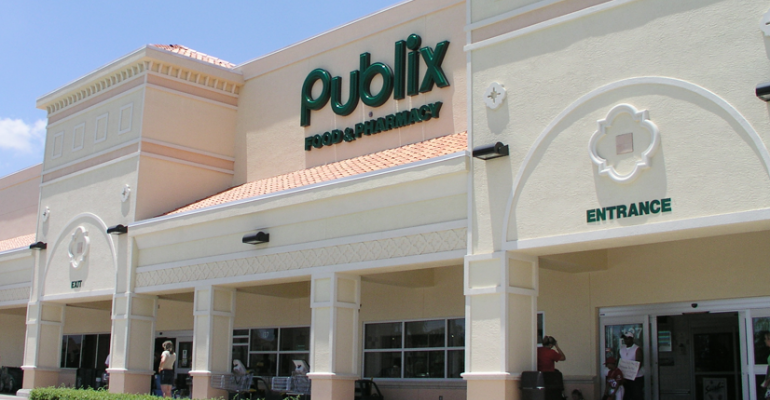 LAKELAND, Fla. — Publix Super Markets here said last week that it has ended its 12-year test of offering convenience stores and fuel centers alongside its traditional supermarkets, citing a desire to focus on its core business.

The move comes as Dollar General tests its first fuel center at a location in Hanceville, Ala., marking yet another encroachment by the deep discounter into a major c-store category, following its rollout of tobacco products this year.

Publix had begun testing the Pix banner as a c-store and fuel center concept in 2001, and had 14 locations open last week when it revealed plans to divest the division. It is selling 13 of the stores — 11 in Florida and two in Georgia — to Circle K parent Alimentation Couche-Tard, and another in Tennessee to local c-store operator Max Arnold & Sons, Hopkinsville, Ky.

David Bishop, managing partner at Barrington, Ill.-based sales and marketing company Balvor LLC, who has long followed the convenience-store industry, noted that Publix was up against some well-established c-store operators in its core markets in the Southeast, citing Atlanta-based RaceTrac, with about 370 stores, and new entrant Wawa, a high-volume operator based in Wawa, Pa., that recently began expanding in Florida.

“It is very crowded space, and it is very challenging to build a new brand from the ground up, but in doing so, [Publix] probably learned an awful lot,” Bishop said.

Although examples abound of successful c-store/fuel center partnerships with traditional supermarkets, in fact the c-store format operates under a very different business model that generally requires a deep commitment to driving traffic with a compelling price offer on gasoline, Bishop explained.

“If they were competing against the likes of RaceTrac and Wawa, those are high-volume operators that probably have some of the lowest prices on the street,” he said.

In addition, he pointed out, fuel purchases tend to be highly habitual, and it is very difficult to break consumers’ shopping patterns for gasoline.

While many supermarket chains have been expanding their fuel offerings and their partnerships with fuel operators — Publix rival Winn-Dixie is one example — others have also decided to exit the business. Minneapolis-based Supervalu, for example, in 2011 sold off 107 of its fuel centers located at its Albertsons and Jewel-Osco stores.

Dollar General’s entry into fuel could be “one to watch,” Bishop noted.

“I think that move is very interesting because they already have been very successful with the low-income consumer,” he said. “This will expand their reach with their current customers and may attract new customers as well.”

One of Dollar General’s challenges, however, will be its limited real estate for adding fuel pumps, since many of its stores are located on strip centers with little room for expansion, Bishop pointed out.