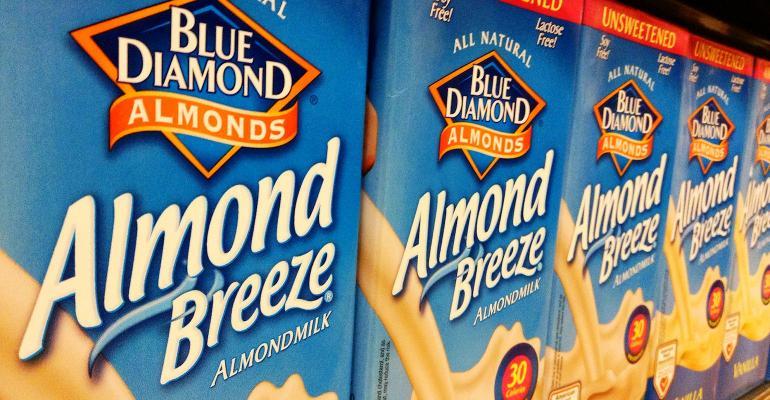 The U.S. Food and Drug Administration issued a request for information as it examines its approach to the use of dairy food names like “milk,” “cheese,” or “yogurt” in the labeling of plant-based foods and beverages. The action was welcomed by the dairy industry which has repeatedly asked for FDA to abide by its standards of these products.

Many dairy products, such as milk, yogurt, and certain cheeses, have standards of identity set by regulation. The regulations were established under the foods’ common or usual names, such as “milk,” “yogurt,” and “cheddar cheese.” These names have continued in common usage and are recognized by the American public as identifying the dairy foods described in the standards.  More recently, these names have appeared in the labeling of plant-based products as part of the name or statement of identity of the product.  Some examples include “soy milk” or “almond milk” and “vegan mozzarella cheese.”

Earlier this year, FDA commissioner Scott Gottlieb announced FDA's Nutrition Innovation Strategy (NIS) in a speech to the National Food Policy Conference. The strategy promotes public health through efforts to empower consumers to make better and more informed decisions about their diets and health, fostering the development of healthier food options, and expanding the opportunities to use nutrition to reduce morbidity and mortality due to chronic disease.

The FDA said it supports choice and innovation in the marketplace and recognizes that some consumers may prefer to use plant-based products instead of dairy products for a variety of reasons, including an allergy or lifestyle choice.

“The FDA has concerns that the labeling of some plant-based products may lead consumers to believe that those products have the same key nutritional attributes as dairy products, even though these products can vary widely in their nutritional content. It is important that we better understand consumers’ expectations of these plant-based products compared to dairy products,” Gottlieb said in a statement regarding modernizing the standards of identity and the use of dairy names for plant-based substitutes.

FDA has taken the first step in its process by issuing a request for information (RFI) in the Federal Register to solicit comments and feedback for 60 days from the public to gain more insight into how consumers use plant-based alternatives and how they understand terms like “milk” or “cheese” when used to label products made, for example, from soy, peas or nuts. “We’re interested to know if consumers are aware of, and understand, the nutritional characteristics and differences among these products -- and between these products and dairy -- when they make dietary choices for themselves and their families,” Gottlieb said.

Over the next year, the FDA will be looking at next steps, which will include issuing guidance for industry. This would clarify FDA’s thinking regarding the labeling of plant-based products with names that include the names of dairy foods while giving manufacturers adequate notice about any changes.

After years of engagement with FDA by the dairy industry, they welcomed that the agency is finally addressing industry’s concerns about how these plant-based products are marketed to consumers.

The National Milk Producers Federation (NMPF) said the docket recognizes many of the issues NMPF has brought to light over the last four decades: “that plant-based products are packaged, merchandized and sold in the same way as real dairy foods, yet provide fewer nutrients and therefore cannot be considered suitable substitutes,” NMPF president and chief executive officer Jim Mulhern said.

NMPF said during the comment period it will provide additional perspective explaining why the agency must enforce its own labeling regulations and limit the use of standardized dairy terms to products that come from an animal.

“Our comments will further emphasize that at its heart, our concern over accurate labeling is a concern not just about nutritional equivalence and the implications for public health. A food identified by a standard of identity is so much more than just a collection of nutrients. A standardized dairy food, like milk, yogurt or butter, is defined by its inherent characteristics including how and where it is sourced, and its sensory attributes and performance properties. Quite simply, just adding plant protein, calcium and a few other ingredients to water does not make it milk,” Mulhern said.

FarmFirst Dairy Cooperative said in a statement at a time when consumers want transparency when it comes to their food, it makes sense to return to the basics of food definitions, especially dairy products. “Enforcing the true definition of dairy and its related terms of milk, yogurt, cheese, and butter is simple and straightforward. FarmFirst Dairy Cooperative’s message has been consistent and clear – that consumers deserve clarity in the dairy case of the grocery store.”