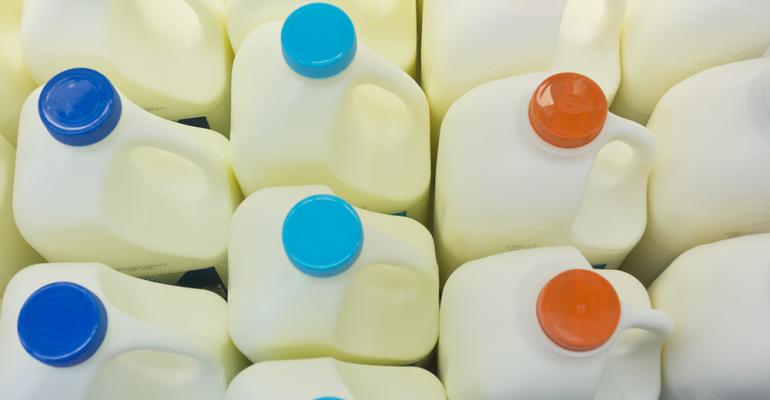 Fresh milk to non-dairy: 'Mooove over!'

Almond, coconut and soy milks have been trying to penetrate the dairy shelves of grocery stores for decades, and a new wave of plant- and nut-based milks have been gaining in popularity lately, with milk alternatives such as quinoa, hazelnut and pecan entering the marketplace.

Where once these non-dairy milks were targeted strictly at those with allergies, today’s fresh milk substitutes are being embraced by many Millennials and those who subscribe to the fad of dairy-free lifestyles.

Mintel released data recently that revealed non-dairy milk sales have continued to increase over the last five years, with the total for 2017 coming in at $2.11 billion, a 61% increase from 2012. Although numbers are not in for 2018, it’s expected that number has risen even further. 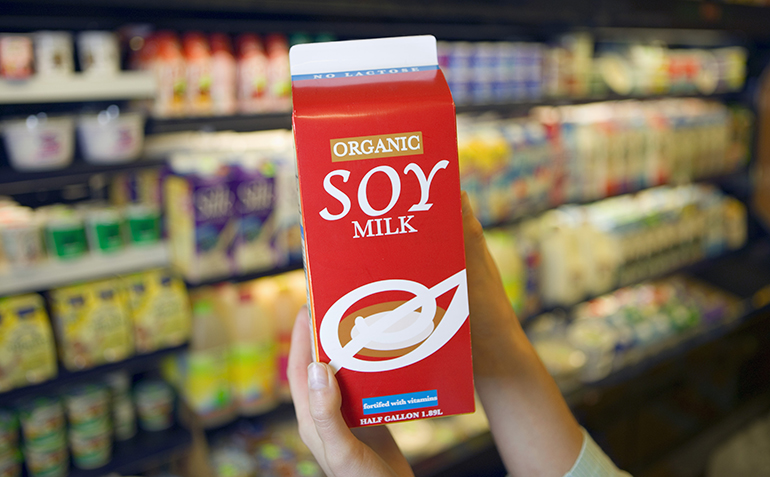 Non-dairy milk sales continue to increase but perhaps at a slower rate.

Still, lately it seems consumers have shifted back their focus to higher butterfat options, as whole and 2% milks now represent more than 75% of milk sales, with lower-fat options steadily declining. Lactose-free and value-added options are also growing, as they cater to specific consumer needs.

Rich Gillmore, director of center store at Los Angeles-based Gelson’s Markets, said that non-dairy alternatives for milk have seen huge growth with its customer base, but that the movement appears to be slowing down. But, he added, it’s becoming more and more evident that the conventional dairy milk category will continue to suffer for the foreseeable future.

“This subset is here to stay,” he said. “The only real growth opportunities in dairy milk come from differentiation. Brands offering unique attributes like grass-fed, higher protein, easier-to-digest proteins or enhanced SKUs are growing and helping to slow down the losses in the category overall.”

At Gelson’s, the dairy department consider the two subsets part of a single category since the customer decision tree is the same for both varieties; therefore, they treat them similarly.

“We continue to increase the footage allocated for plant-based at the expense of conventional,” Gillmore said. “We feel they are both important parts to the puzzle. Obviously, the plant-based segment has been much more aggressive with promoting its products and attracting new customers. Their pricing structure provides them with more resources to promote compared to the conventional dairy producers.”

Naturally, space becomes a real challenge when a store tries to meet all of these varied customer demands and that makes those in the fresh milk industry unhappy.

Eva Balazs, director of marketing for the Maryland & Virginia Milk Producers Cooperative Association Inc., based in Reston, Va., noted fresh milk has been taken for granted for many years.

“Today, when beverage choices abound, and consumer lifestyles constantly evolve, it has been increasingly more difficult to compete with all the new beverage options that are popping up on store shelves,” she said. “There are many different plant-based products in stores now, and consumers are confused about how suitable these substitutes may be for dairy. Having consumers assume that they are getting the same nutrition as from milk is doing them a disservice and causes them to miss out on key nutrients.” 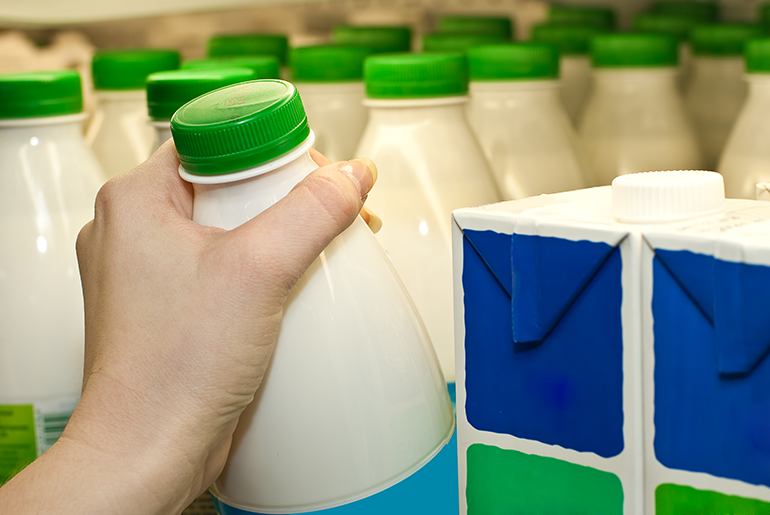 “Some plant-based beverages may be fortified with certain nutrients, but they do not equal milk’s unique nutrient package,” she argued. “Additionally, our fresh milk always travels very few miles from the farm to the bottling center and then to the nearby grocery stores, whereas plant-based beverages use ingredients that travel far and then also the finished product is shipped to most markets from afar.”

Alan Bjerga, senior vice president of communications at National Milk Producers Federation, Arlington, Va., said the organization has been pushing the FDA to take action to enforce its already existing standards of identity, which states “milk is the lacteous secretion of a dairy animal.”

“We’ve been conducting a lot of survey research to show there is confusion in the marketplace over the relative nutritional merits of these products,” he said. “One of the reasons that plant-based companies call their products ‘milk’ is that dairy has this nutritional halo. People think it’s good for their kids and rely on it to provide them with certain nutrients, but these plant-based drinks don’t do that.”

Julia Kadison, CEO of The Milk Processor Education Program (MilkPEP), Washington, D.C., believes 2019 will be a year of innovation and reinvention for real milk.

“With so much competition in the marketplace, milk brands have to up their game, and they are,” she said. “The innovations will feature consumer benefits like higher protein and less sugar. And specific segments that really appeal to today’s milk users will continue to grow — like whole milk, lactose-free and specialty products like barista milk.”

The reinvention will also come from industry marketing communications, which are all new for 2019.

“People today are craving authenticity in a world where so much is ‘fake,’ and there’s no better product to address that desire for realness than real milk,” Kadison said. “The real stories about milk will come from real people who drink it, cook with it, enjoy it with their families and friends, through all channels — from TV and online advertising, social media and shopper marketing programs.”