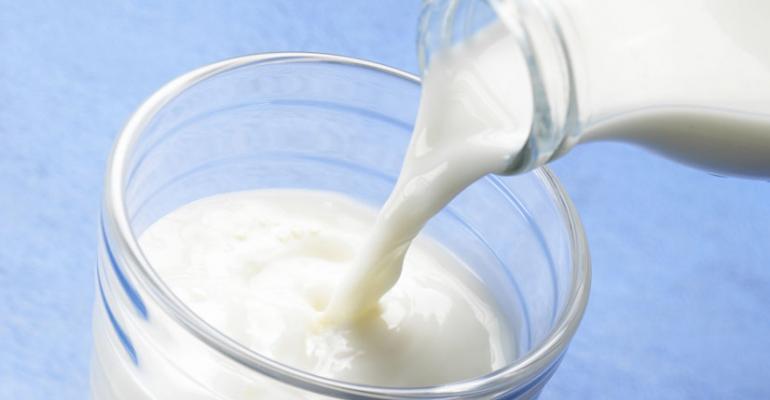 As consumers look to add more protein to their diets, many are turning to protein-fortified milk products for their convenience and familiarity.

With a history of containing added nutrients, milk is a natural vehicle for protein fortification.

In addition, consumers have a more positive opinion of milk in general in terms of health thanks to recent research on the benefits of dairy protein, according to Jerry Dryer, a consultant and editor of the Dairy & Food Market Analyst newsletter.

“Dairy is no longer this wretched evil thing that you should avoid at all cost,” said Dryer.

“Greek yogurt helps contribute to that, that debate and that discussion. And so it’s good to see beverage products, drinkables responding with new products,” said Dryer.

Protein-fortified milk is often geared toward Gen Xers and Millennials looking for a complement to their healthy lifestyles.

“All consumers want protein,” said Barnett. “That said, younger and active consumers who are looking for the benefits of satiety, weight management, blood sugar regulation and muscle strength are likely to be targets for such products.”

At the same time, many types of consumers could benefit from protein-fortified milk.

“The idea of consuming more dairy protein is targeted to the general population, not just to the body builder, fitness type person,” said Dryer. He noted that nutrient-dense foods especially appeal to kids and older consumers.

Some protein-fortified milks contain added flavors or sugars, which could be problematic for health-conscious consumers.

“In the long-term it will be important for fortified milk to demonstrate lesser processing through the use of natural, low-calorie sweeteners and flavors,” said Barnett.

On the other hand, shelf-stable milks benefit from flavoring because it helps mask the odd taste that may arise due to the ultra-pasteurization process, said Dryer.

“I think flavoring is a great idea. It gives people choices and variety,” he said.

When compared to alternatives like sports drinks and protein bars, consumers may decide the positives of milk outweigh the negatives of added sugars and flavors, Barnett said.

It’s difficult to assess the popularity of protein-fortified milk since it is such a small segment of the market right now.

The Milk Processors Education Program calls value-added milk “a small but growing sector” for which consumers are willing to pay a premium and notes a growing interest in dairy protein.

IRI, a Chicago-based market research firm, does not track protein-fortified milk as a separate segment of the milk category. According to the firm’s latest data, dollar sales of flavored milk/buttermilk/eggnog increased 1.85% and sales of milkshakes/non-dairy drinks rose 1.68% compared to one year ago in the 52 weeks ending Dec. 1, 2013.

Analysts disagreed about whether protein-fortified milk has lasting potential or if it is just a fad.

“I see it as a long-term trend. We’re very early stages of higher-protein products,” said Dryer.

“While we believe that the interest in protein as a nutrient will continue, protein-fortified milk products/shakes may be replaced as consumers discover new, high-quality sources of protein in a variety of forms.”