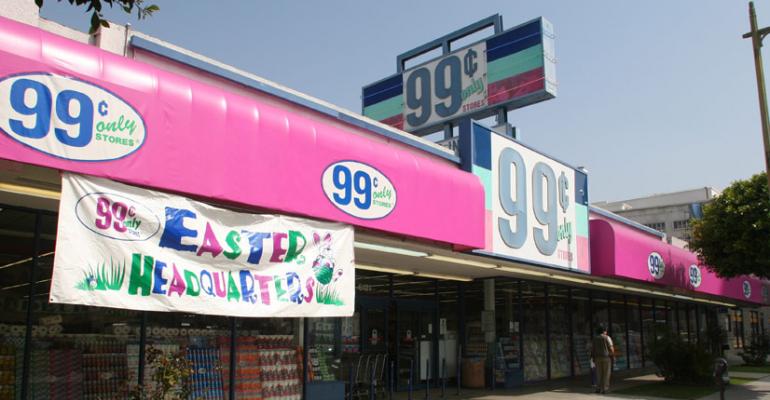 The drought has affected 99 Cents’ “ability to continually stock right-priced produce,” Stephane Gonthier, CEO of 99 Cents Only, said in a release detailing the company’s second-quarter financial results. Along with costs associated with an ongoing program to revamp its sourcing capabilities, the drought has put a drag on second-quarter results, Gonthier added.

For the period, which ended Aug. 1, the company reported sales of $458.2 million, a 5.8% increase, and same-store sales improving by 0.1%. Net earnings increased slightly to $2 million, but were flat as a percent of sales from the same period last year. For the first half of fiscal 2015, net sales increased 6.6% to $936.1 million, with same-store sales decreasing 0.3%. Sales grew mainly as a result of new stores.

“We have been focusing over the past year to position 99 Cents Only Stores for sustainable, long term growth. We are encouraged by the early results of our global sourcing, Go Taller, and other business optimization initiatives,” said Gonthier said. “The short-term adverse impact of these initiatives, along with the impact of California's drought on our ability to continually stock right-priced produce, has been a temporary drag on our overall results. However, we are pleased by our same store sales during the quarter — despite these disruptions — as well as the positive customer feedback we are receiving on these programs. We look forward to continuing to realize the benefits of the ongoing implementation of our strategic growth plan.”

Based in City of Commerce, Calif., 99 Cents Only operates 354 extreme value stores in four Western states.