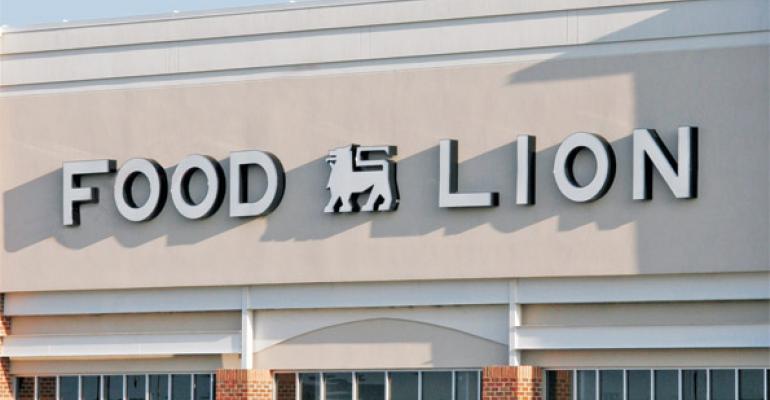 ORLANDO, Fla. — Food Lion is working on changing the way CPG vendors such as PepsiCo replenish its distribution centers and stores by offering them visibility into current and expected consumer demand as reflected by store-level inventory and sales. This represents a marked departure from the traditional replenishment scenario whereby Food Lion, like most retailers, only provides vendors with information on transfer of products from DCs to stores (known as warehouse withdrawals), but not on what happens at the store level. Instead, the chain is shifting to what it calls consumer-demand-driven replenishment.

“We’re moving to a consumer-driven supply chain,” said Scott Craig, director of supply chain, Delhaize America, who described Food Lion’s replenishment efforts with PepsiCo here last week during a session at the Supply Chain Conference, sponsored by the Grocery Manufacturers Association and the Food Marketing Institute. “And if you’re serious about a consumer-driven supply chain, you’ve got to react to what the consumer wants and to forecasts of consumer demand as opposed to just reacting to pulls from the warehouse [to stores].”

By paying attention to consumer demand — and allowing select vendors to base replenishment on the store-level data — Food Lion has been able to improve in-stock levels as well as reduce inventory and reclaim costs, said Craig. At the Supply Chain Conference session, he discussed how this worked in a pilot with PepsiCo conducted in the second quarter of last year.

In the pilot, which involved about 300 Food Lion stores, PepsiCo determined how much Gatorade to supply to Food Lion’s DCs during promotions by receiving POS and store inventory data and using it to forecast demand; the data was channeled via a third party vendor, Retail Solutions, Mountain View, Calif., which also computed the demand forecasts. The resulting sales, in-stock levels and inventory were compared to the same period in 2010 when PepsiCo employed its standard vendor-managed inventory (VMI) practice of relying on warehouse withdrawals.

The results of the pilot, said Craig, were “staggering.” Food Lion’s DC inventory was reduced between 12% and 27%, DC out-of-stocks were cut between 21% and 77% and store out-of-stocks were trimmed by 20%, he noted. He credited some of these results to the implementation of a “rapid replenishment” program that was also included in the pilot. He also acknowledged that the chain’s measure of in-store inventory has improved since the pilot with the implementation of a computer-assisted ordering and perpetual inventory program at most of its stores.

Vendor collaboration of this kind “is a big deal for us,” said Craig. “We know we can take money to the bottom line because of work with our vendor partners. It’s the core of what we do.”

Mark Lyktey, PepsiCo’s vendor managed inventory/collaborative planning, forecasting and replenishment capability manager, who also spoke at the conference session, commended Food Lion on its “ability to say, ‘Let’s think about something new that’s not been done or clearly defined.’”

Food Lion has been sharing a variety of store data with more than 100 vendors for several years in a program called Vendor Pulse, but it is rare for a vendor to use the data as proactively as PepsiCo did in the pilot, said Craig. In all, Food Lion is engaged in POS-based vendor replenishment pilots with six vendors.

This year, Food Lion is also focusing on improving its own demand forecasting capabilities, which are now about 80% accurate, said Craig. “Predicting what’s going to happen is the next frontier for us.” The chain also wants to shorten the time it takes to react to changes in consumer demand.

In approaching the pilot with Food Lion, PepsiCo was also interested in letting POS data drive replenishment in some cases, said PepsiCo’s Lyktey. “We want to take VMI to the next level,” he said. “We see a lot of benefits to having visibility to store POS and inventory. In particular the company wanted to focus on how this would improve promotions. Overall, “we want to replenish off POS data or warehouse withdrawals, whichever is more accurate,” he said.

Under traditional VMI that looks at only warehouse withdrawals, PepisCo would only see the results of promotional activity after a three-to-five-day lag, which thwarted the company’s ability to understand how the promotion was doing in real time, said Lyktey. By contrast, POS data “identifies consumer demand three days earlier at a minimum, so we can change what we’re doing during the promotion to adapt to the environment. That’s a powerful thing.”

In one example of a 21-day promotion, PepsiCo originally planned to ship half of its product on day one, 30% on day 10 and 20% on day 16. Then on the fourth day, the store data showed the promotion was exceeding expectations. “We decided to pull up the day-10 shipment by three days so we wouldn’t miss any sales,” said Lyktey. “And we moved day 16 up three days.” In fact, the promotion was so successful that PepsiCo added an additional 10% on day 19 “so we wouldn’t leave any money on the table.”

On the other hand, if sales during a three-week promotion fall below projections, PepsiCo has the ability to push shipments forward by three days while reducing the amount shipped by 30%. “We’re not going to overload [Food Lion] with product they don’t actually need,” said Lyktey.

In addition, by having visibility to stores’ promotional inventory as well as the DC inventory, PepsiCo can base shipments on what the overall network needs rather than just on what the DC needs, as it would have normally done, he said.