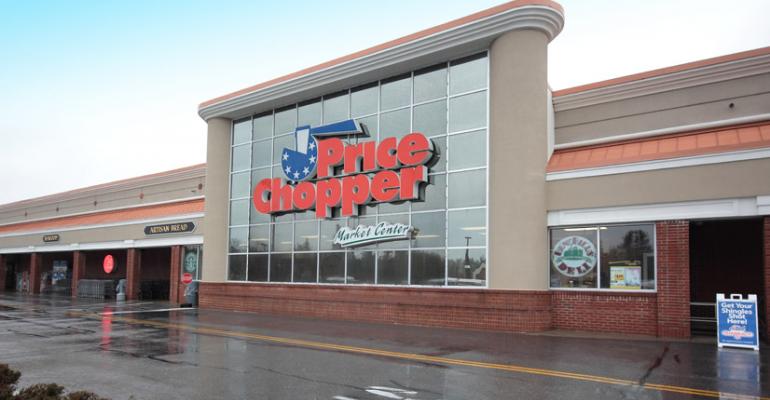 SCHENECTADY, N.Y. — Price Chopper’s foodservice team is passionate about food and doesn’t shy away from a challenge. These attributes will serve the retailer well as it prepares to open a new concept store with 16 quick-service areas in Latham, N.Y., in November.

“We’re looking forward to that challenge and the time is ticking. November isn’t too far away so I’ve got a good team working on that right now,” said John Mazzacco, manager of foodservice and culinary concepts at Price Chopper.

“And it’s exciting some of that stuff will trickle in to the rest of the stores, which I think will be good.” 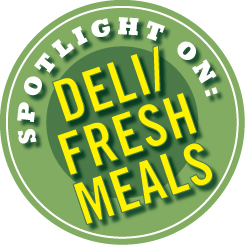 The new Latham location, dubbed “Store of the Decade,” will be home to Price Chopper’s best and newest fresh meal offerings.

“We’re looking for things that are going to give them that ‘wow,’” Mazzacco said.

There will certainly be plenty of options for shoppers to choose from. Mazzacco said the store will have a hamburger stand, an ice cream area, a Starbucks, a custom sandwich station, a made-to-order salad station, Price Chopper’s Ben & Bill’s Deli, a pizza area, a roasters section, and a chef’s area where shoppers can dine on china plates.

When SN spoke to Price Chopper Corporate Chef Dave Hamlin last week, he was busy testing pizza dough recipes for the new store. He was working on a thin, New York-style, 12-inch pizza dough. This is his third dough research and development workshop, and he said he’s “getting close, getting real close” to the recipe he wants.

“Dough is a very challenging live animal,” he said, adding that there are many moving parts.

Among the factors Hamlin needs to consider: protein levels in the flour, how the dough is mixed, and the types and style of yeast.

The company underscores the fresh pizza ingredients by including a QR code on the pizza box that takes shoppers to a video of Hamlin making a pizza.

Price Chopper sells most of its pizzas hot for takeout, Mazzacco said.

“With pizza, we compete mostly with the mom-and-pop pizza shops and the chain pizzas because that’s my second biggest category, and I’m using restaurant-quality products in there.”

The foodservice department uses limited time offers and weekly specials to boost shopper interest. On Fridays, shoppers can buy a full pizza for $5, and on Wednesdays they can get a full meal for four people for $10.

The popular Wednesday meal deals change each week, and include options such as beer battered fish, shepherd’s pie and a chicken pot pie. Items like last week’s St. Patty’s corned beef and cabbage or pot roast with carrots and gravy with mashed potatoes retail for a little more — $12.

“For our fried chicken we hand bread it, and that’s a fresh product; those products are never frozen … and that’s going very well for us on Mondays,” said  Mazzacco.

Surprisingly, the success of the fried chicken special doesn’t come at the expense of the rotisserie chicken, the retailer’s most popular foodservice item.

“This week is pretty monumental for us because we hit our target, our expected goals [for fried chicken], but it’s been building every week and it’s funny because the whole chicken that we stand for — the flame-roasted rotisserie chicken is our cornerstone — and [the fried chicken] doesn’t appear to be taking anything or cannibalizing anything from that program.”

The chicken items are made with a proprietary marinade injection.

In addition to weekly specials, the retailer is also focusing on the made-to-order arena. Price Chopper is rolling out a new custom sub program where shoppers can pick their own sandwich toppings. The custom sandwich program testing has been receiving good feedback so far, according to Mazzacco.

“It helps with reducing costs in the department with shrink and stuff, and it’s giving the customer what they want when they want it,” said Mazzacco.

A foot-long sub retails for $5, with more protein than the local QSR competition, Mazzacco said.

Shoppers looking for New York-style sandwiches, such as a hot pastrami sandwich or brisket, also have the option at select store locations to go to Ben & Bill’s Deli, the retailer’s take on a Jewish New York-style deli.

Ben & Bill’s associates bring orders to the customers’ tables, so shoppers can pay for their purchases and fill their drinks while the food is made.

The deli is a big draw; customers drive a long way to eat at Ben & Bill’s, Hamlin said.

Menu items are made-to-order and prepared with care. The rye bread and potato chips are baked and fried at Price Chopper.

“It’s the best potato chip in the store,” said Hamlin.