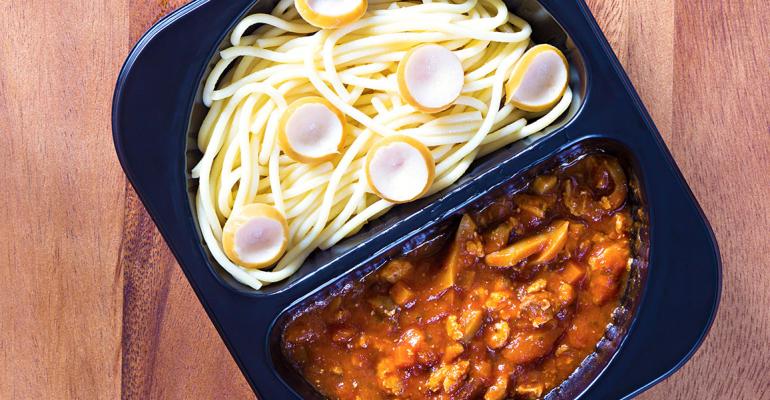 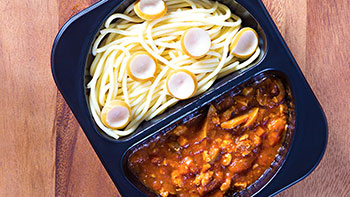 The deli is the growth engine of fresh, thanks to the increasing variety of product and demand by consumers for pre-made meal options that don’t sacrifice taste and quality for convenience. Nielsen Perishables Group research also shows that the deli is playing an over-sized role in best-in-class retailers — top fresh retailers make their delis dining destinations in which deli entrees have a key role to play. All of this is to say that hot deli entrees are no longer limited to prepared chicken and pepperoni pizza.

In today’s evolving retail landscape, the deli department consistently outpaces the rest of the perimeter departments and the center of the store in terms of dollar and volume growth. During the latest 52 weeks ending Feb. 27, 2016, average deli dollar and volume sales (per store per week) increased 5.8% and 3.9%, respectively, driven by sales increases in deli prepared foods (although deli meats and cheeses still hold their in own in terms of steady year-over-year growth). Deli prepared foods increased average dollar sales 6.7% and increased average volume sales 2% during this time.

During the latest 52 weeks, deli prepared entrees was the third-highest selling variety within deli prepared foods behind deli prepared chicken and deli salads, posting average sales of $1,706 per store per week. The category also posted strong growth, up 7.4% in dollar sales and 5.3% in volume sales. The average retail price of deli entrees was $4.74, an increase of just 2% compared to the previous year.

Top deli entrees beyond the “hot bar” included pasta entrees, followed by franks and dinner sausages, and beef entrees. Pasta entrees posted average dollar sales of $238 per store per week, an increase of 3.3% compared to the previous year. Franks and dinner sausage entrees (which includes products like corn dogs, smoked, Polish and Italian sausage) posted solid growth over the previous year, up 6.2% in average dollar sales to $152 per store per week, and up 3.4% in average volume sales.

However, beef entrees was the most significant driver of category growth during this period, up an impressive 33.1% in average dollar sales to $146 per store per week, and up 33.9% in average volume sales. Growth drivers within beef entrees included meatloaf, meatballs and even steak. Mexican entrees and Asian entrees also posted solid dollar growth during this time, up 6.9% and 8.2% respectively.

Ensuring success for deli entrees in the current retail environment means reevaluating a competitive environment that is quickly evolving beyond other grocery and food retailers. Grocery delis are now in direct competition with less traditional channels like restaurants, meal and grocery delivery services and convenience outlets, making it more important than ever to stay on top of trends and gain a full understanding of a store’s consumer. Placing the consumer at the center can help delis form winning strategies, from catering to multiple eating occasions throughout the day and offering premium items in order to increase the perception of quality, to offering quick, complete meal solutions and grab-and-go options.