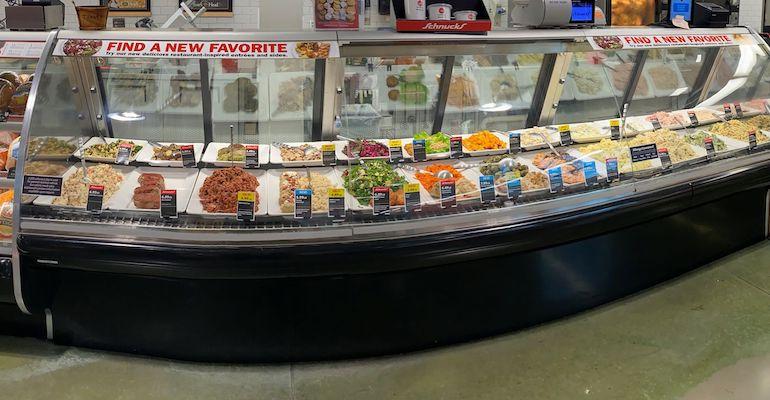 The St. Louis-based grocer said Thursday that, under the Restaurant Selections concept, “meals in minutes” entrees will be rotated meals according to a bi-monthly theme.

Rolling out to stores through March, the program kicks off with a January/February theme of “Eat Good to Feel Great,” including such dishes as roasted salmon fillets, smokehouse rotisserie pork roast, turkey stuffed peppers, Mediterranean turkey meatloaf and airline chicken breast. 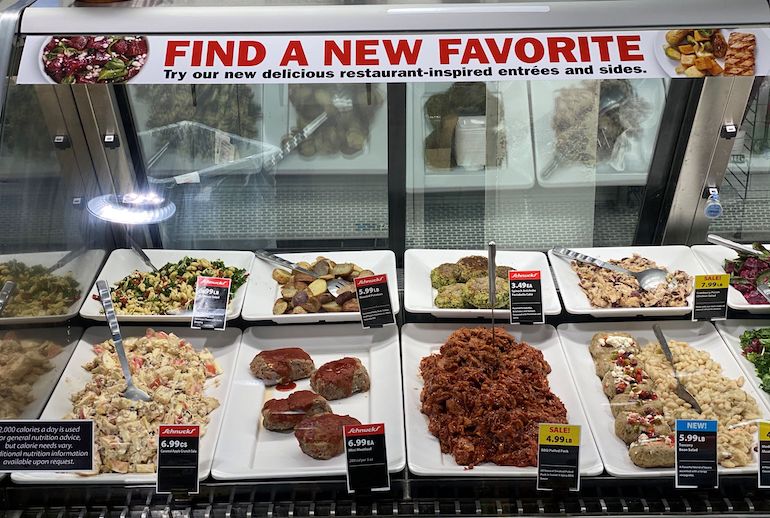 Displayed in the deli case, all Restaurant Selections entrees come with a selection of side dishes.

That will be followed in March/April with a Restaurant Selections menu of Mediterranean and Italian dishes, including linguine carbonara, sausage and peppers, pork osso bucco and chicken scallopini, Schnucks said. The themes are slated to run throughout the year, with barbecue in May/June, Southwest cuisine in July/August, Pan-Asian options in September/October and comfort food in November/December.

Restaurant Selections meals are displayed in the deli department case. All entrees come with a selection of side dishes, such as mashed cauliflower, wild rice pilaf, and roasted beets with feta, Schnucks noted.

“Our goal is to provide our customers with restaurant-quality meals that focus on healthier and, at the same time, high-quality, delicious dining options,” Geoff Wexler, vice president of deli and prepared foods at Schnuck Markets, said in a statement. “These new selections will make Schnucks’ delis a destination for time-sensitive customers seeking tasty and popular meals that they are proud to serve to their families.” 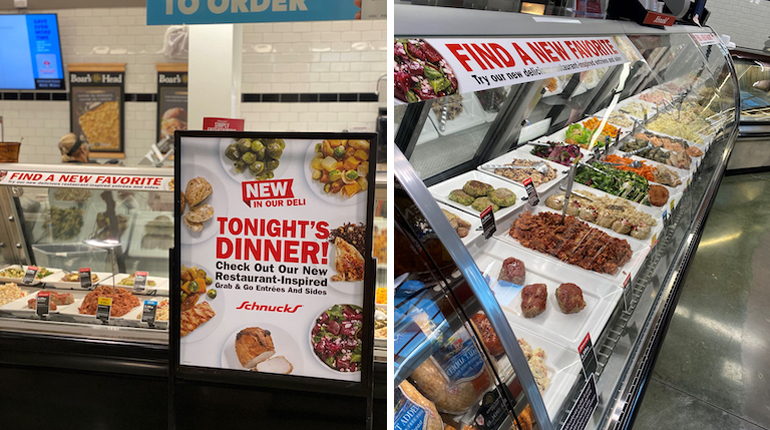 The 'meals in minutes' entrees will be rotated according to a bi-monthly theme, Schnucks said.

Special digital coupons will be offered to Schnucks Rewards customers each week via the loyalty program app, Schnucks said. The retailer added that it’s also continuing its partnership in the St. Louis area with several locally owned restaurants to offer their meals at selected stores. Called Local Grab and Go, the program was launched in April and then expanded in July, and it currently has 19 restaurant partners.