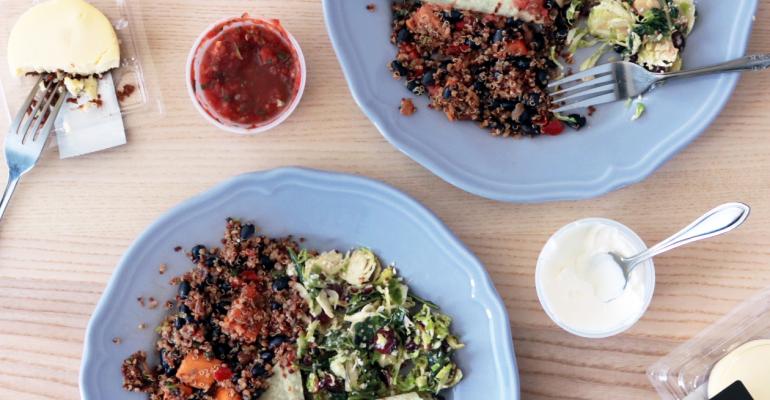 Photos courtesy of Lucky's
Lucky’s Market offers “Dinner for Two” options that come all packaged up in a paper bag with cooking instructions for a meal to heat at home.
Product Categories>Deli

Shopping for the new American dinner

Prepared foods are a key component of the new blended meal

Dinner looks different than it did a decade ago.

Meals have multiple components or forgo the traditional protein, vegetable, and starch setup in favor of a one-pot meal. Consumers are using an omnichannel approach to Ingredients and prepared foods. These meal parts come from places that customers weren’t considering a decade ago such as dollar stores, Amazon, or delivery from the local fast-casual joint. Nonetheless, grocery stores are still the No. 1 spot to solve the problem on so many consumers’ minds — what’s for dinner tonight? 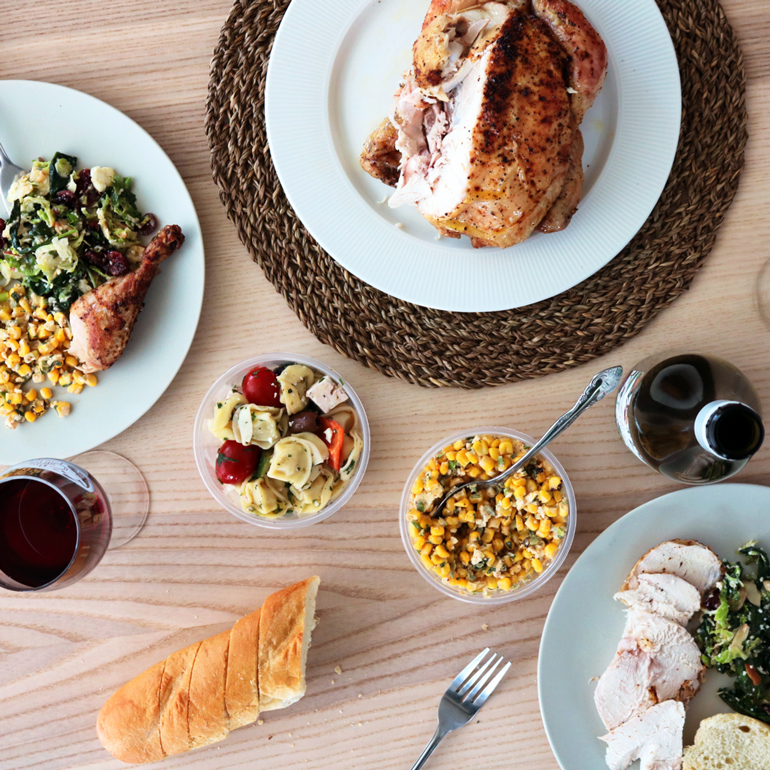 “Whether you’re a foodservice operator or a supermarket retailer who has a prepared foods division, what you need to be thinking about is a meal solution approach,” said David Portalatin, an analyst with the market research firm The NPD Group. “In other words, what problems am I helping the consumer solve? What are the components? If I’m not outright sourcing the entire meal itself, are there components of the meal that I could provide to help people have what they feel like is an authentic, healthy at-home dinner?”

Portalatin recently worked on the “Future of Dinner” study released by The NPD Group, which found that as much as dinner had evolved to suit consumers’ changing lifestyles, some things had stayed the same.

In the U.S., consumers ate nearly 100 billion dinner meals last year. Most of these were at home with others, just like it used to be. But today’s consumers think about food differently than past generations, the report concluded. They plan, shop and cook in different ways. And even the tools they use to procure and create dinner are different.

Lucky’s Market’s culinary department showcases prepared foods made from recipes that include those developed by CEO and former chef Bo Sharon and his wife Trish.

Forty-nine percent of consumers don’t know what they’ll be having for dinner tonight, according to Portalatin.

And retailers can see the evidence of this in-store.

“Today’s shopper isn’t so much a list maker as he or she used to be,” said Paul White, vice president of fresh merchandise at Lucky’s Market. “Most shoppers don’t know what they’ll be having for dinner as close as two hours before they intend to eat, so modern shoppers are more impulsive, more adventurous and they seek more inspiration.” 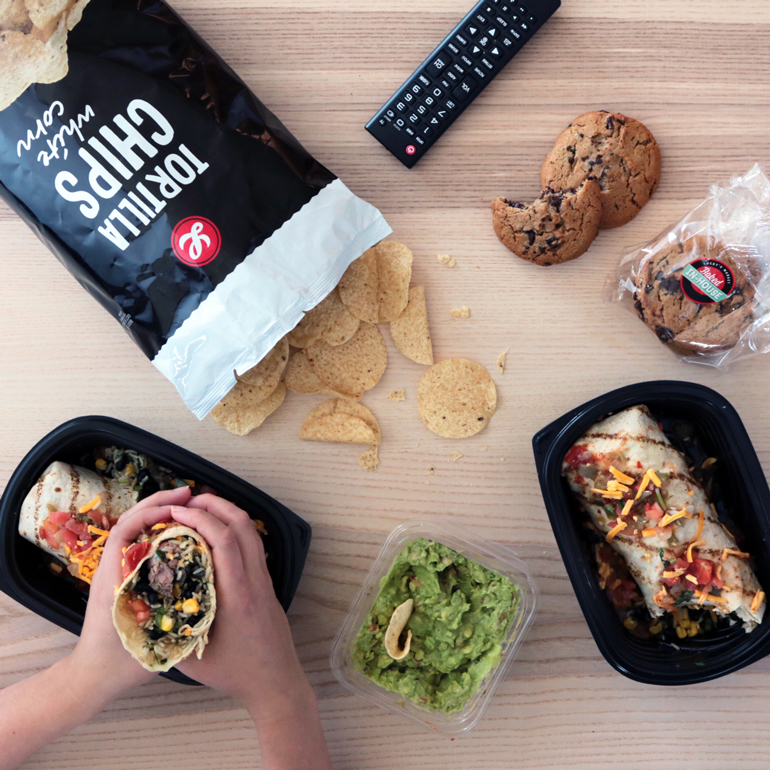 A typical shopper might grab one of these components and add other dishes from their own refrigerator or pantry — a side salad or macaroni and cheese, for example — to complete the meal, said Portalatin. 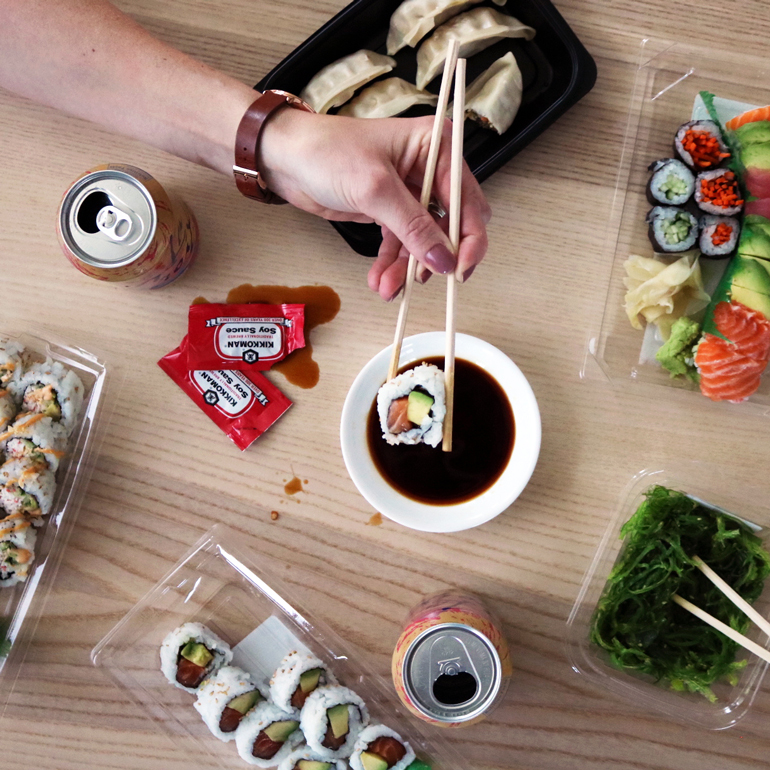 “Meal simplification is something that’s been going on a long time, but it's really ultimately driven by convenience,” Portalatin said. Millennials, particularly those in the “pressure cooker stage of life” or the “peak career and family formation life stage” are particularly interested in this new American dinner.

“In the past [this life stage] would have meant we’re going to eat out at restaurants more,” Portalatin said. “That was the solution for baby boomers. but this generation brings two things different to the table: One is a different economic capacity to spend on luxuries like restaurants. They just don't have the same level of affluence. Their dollar just doesn’t stretch as far as it did for Baby Boomers. And when it does, they’re choosing to spend money on all kinds of other areas of committed consumption — think about your Netflix subscription.”

Lucky's has sales on whole pizzas every Friday.

And what goes better with Netflix than a meal at home? An organic, authentic meal at home. This is “the generation that’s looking for this unique intersection of an authentic home-prepared meal, but yet a convenient meal.” To make cooking easier this generation has gravitated to tools like Instapot.

“The other dimension of convenience today is convenience in our procurement of foods so that prepared meal component, for example, could be a few taps on your app,” Portalatin said.

Sixteen percent of consumers tell NPD that they’ve shopped for groceries online in the last 30 days, but “the vast majority of those also went to their local supermarket,” said Portalatin.

“It's always going to be an omnichannel approach; you're always going to need that in-store visit, there are things that will always drive traffic toward the supermarket [like] the idea that consumers like to see, feel and smell.”