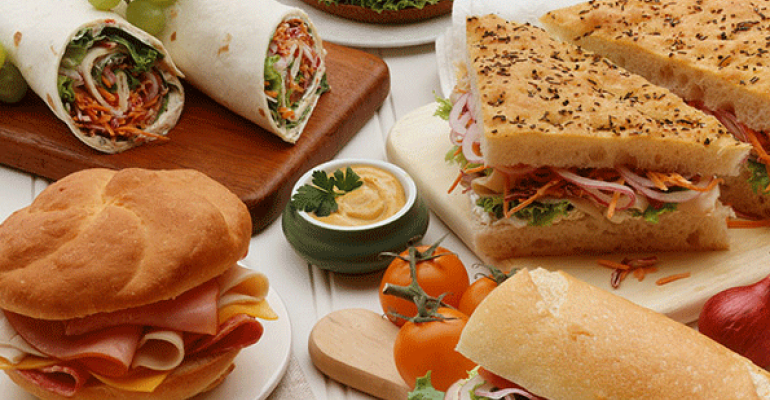 A new report on sandwich trends from Packaged Facts found that food retailers are an increasing source of competition for restaurants selling sandwiches.

According to “Sandwiches: Culinary Trend Tracking Series,” 16% of respondents reported having bought a sandwich from a supermarket or convenience store in the past week.

Overall, 79% of U.S. adults said they ate a sandwich in the past seven days.

“Leveraging progressive food sourcing and food preparation practices, restaurants and food manufacturers are increasingly focused on providing sandwiches that are fresh, naturally produced, locally sourced, and either culturally authentic or genuinely creative in culinary concept,” David Sprinkle, research director, Packaged Facts, said in a press release. “This focus dovetails with two of the most important consumer drivers in the sandwich market, the demand for flavor adventure and authenticity.”