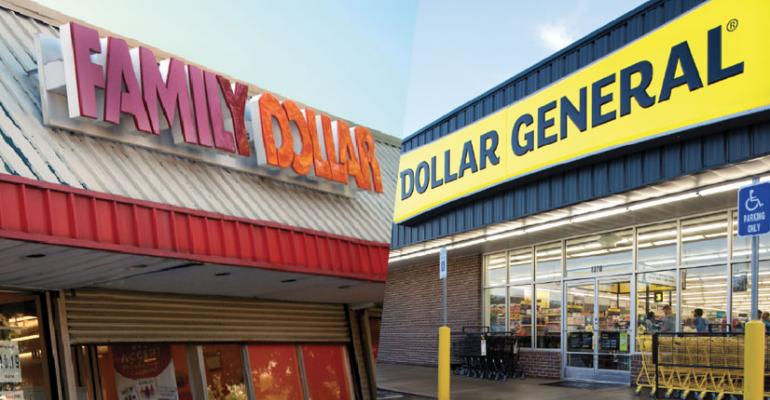 Dollar General on Monday swooped in with a rival offer for discounter Family Dollar Stores, trumping Dollar Tree’s $8.5 billion bid with an offer of $9.7 billion.

If approved, the combination of Dollar General and Family Dollar would create a $28 billion retailer with nearly 20,000 stores in 46 states, Dollar General said. It said its all-cash bid provides Family Dollar's shareholders with approximately $466 million of additional aggregate value over Dollar Tree’s cash-and-share offer, announced last month and approved by both company’s boards.

Dollar Tree had no immediate comment. A Family Dollar spokesman was not immediately available.

Consolidation in the discount industry was spurred in part by activist investors at Family Dollar, who pressured the family-run retailer to pursue strategic alternatives to improve shareholder value. Family Dollar’s recent performance has lagged its larger rival Dollar General, leading to a recent revamping of its go-to-market strategies.

In making its offer late last month, Dollar Tree said Family Dollar would provide a complementary discount brand to its main fixed-price-point concept, providing a broader range of customers and merchandise. Its deal would create a 13,000 store, $18 billion company.

Rick Dreiling, Dollar General’s CEO who previously announced plans to retire, said he would stay on at the company through May of 2016 if a deal to acquire Family Dollar goes through. He said the company was prepared to sell off as many as 700 stores to meet federal antitrust concerns, according to an internal analysis. Dollar Tree’s deal anticipated 500 stores would be sold.