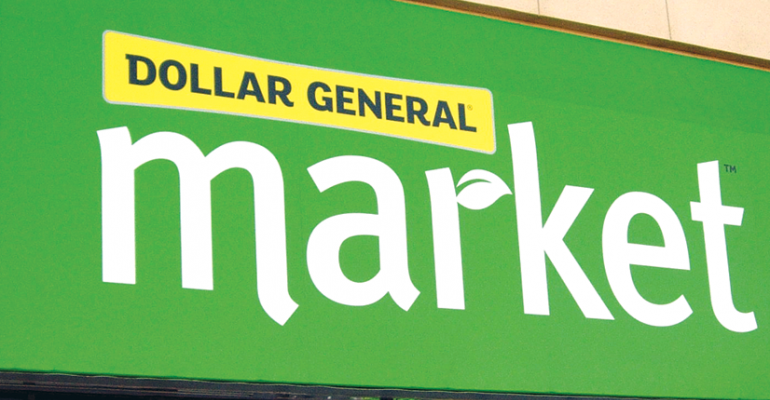 &ldquo;We continue to believe that [Dollar General, Family Dollar and Dollar Tree] are each entitled to grow its market share for years to come. However, it is clear that the gravy train has become a bit less benevolent as of late.&quot; &mdash; Aram Rubinson, analyst, Nomura Equity Research

The transformation of dollar stores from general merchandisers to consumables sellers is fueling rapid growth for the industry, but it’s coming at a price.

Both Dollar General and its rival, Family Dollar Stores, in recent weeks have reported that their earnings were slowing as the increase of lower-margin consumable goods as a percentage of their overall sales weighed on profits. And competition between all channels of trade for consumables is getting such that one player, Dollar Tree, saw its comparable-store sales growth slow to 1.6% in its last fiscal quarter — its lowest rate of quarterly comp growth since 2005.

In a report last week, Aram Rubinson, an analyst for Nomura Equity Research, New York, said dollar stores were dealing with “a mild case of indigestion” as sales and margin pressures interfere with an otherwise long runway to consumable share gains.

Rubinson in an analysis a year ago concluded that dollar stores had ample opportunity to boost their estimated 4% share of the $500 billion U.S. market for food, household products and health and beauty items. While he maintains that opportunity still exists, he said competition for those categories has heightened not only from one another, but from a resurgent Wal-Mart Stores. In addition, the costs of going after consumables is beginning to result in declining margins.

“We continue to believe that [Dollar General, Family Dollar and Dollar Tree] are each entitled to grow its market share for years to come,” he wrote. “However, it is clear that the gravy train has become a bit less benevolent as of late. … We believe this increased competitive friction is the result of a temporary glut in consumable availability.”

According to Nomura, one factor affecting the consumables picture for dollar stores is a decidedly more aggressive push toward the space by Family Dollar, the Matthews, N.C.-based discounter. That chain’s accelerated new store growth and emphasis on consumables helped it to capture nearly 36% of the growth in dollar-store consumables in 2012, up from around 25% in 2011. 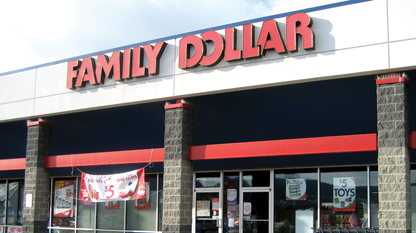 Family Dollar has also led the industry’s move to sell tobacco. In a conference call earlier this month, Michael Bloom, Family Dollar’s president and chief operating officer, acknowledged tobacco was driving shoppers to its stores, even as the category’s slim margins pressured profits.

“We don’t believe people [who buy cigarettes at Family Dollar] are trading off another item,” Levine said. “We don’t believe there’s more smokers. We believe we’re capturing that cigarette trip from another retailer that was selling tobacco.”

Dollar General, which according to Nomura is the leading consumables seller in the dollar space, is garnering around 50% of the market’s growth. It is also adding tobacco to its stores, albeit at a slower rate than Family Dollar.

“Our view is that Dollar general is adding tobacco simply to neutralize Family Dollar’s move into the category,” Rubinson write. “This is a bit disconcerting, as we would rather see the channel gain entirely from outside competitors than trade share with one another.”

The move to tobacco by both players could leave behind a third rival limited by its single-price-point strategy, Nomura said. Dollar Tree, based in Chesapeake, Va., has been just as dependent on consumables for growth as its rivals, but a more competitive environment and the inability to offer cigarettes at its $1 or less price policy could see its growth rate slowed.

In Dollar Tree’s fiscal third quarter, which ended Oct. 29, comparable sales increased by 1.6% — the discounter’s lowest rate of comp sales growth since posting 1% comps in the fourth quarter of 2005 (consumables in the most recent quarter had around 2% comp-store sales growth). The company ascribed the slower growth rate to consumer uncertainty over the fiscal cliff and election, and a difficult comparison from a year-ago period. Gross profit margins also declined slightly in the period, but remain strong at 34.9% of sales.

“Before you talk about declining margins for dollar stores the point needs to be made that virtually any retailer in the United States would kill for those margins,” Dave Marcotte, director of retail insights at Kantar Retail, Cambridge, Mass., told SN. Marcotte said margins were slowing as expansion brings dollar stores into competition with other channels of trade for locations and items.

“If I was an investor I’d be somewhat startled [at declining margins for dollar stores], but on the other hand as a retailer I’m looking at this thinking as they get larger, broader and expand themselves to be a retailer of choice for a broader slice of the population than they’ve historically been, then margin’s going to come down somewhat.”