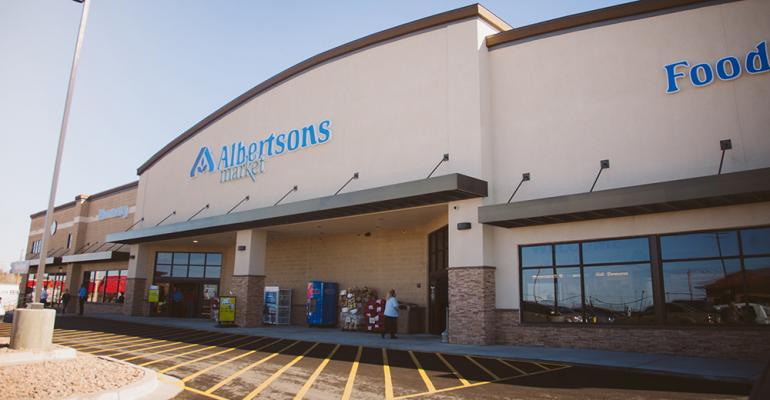 Albertsons Cos. late Tuesday said Geoff White has been appointed president of own brands, a new position at the company.

White (pictured) will lead the own brands team, including the Culinary Kitchen and Technical Center, the company said. He will be responsible for furthering the growth, development and innovation of the company’s private label products, including O Organics, Lucerne, Open Nature and Signature products. Previous oversight for own brands at Albertsons fell to SVP Creighton Schenkel, who recently left the company to seek other opportunities, a spokeswoman said.

“Geoff is a visionary merchant who understands the evolution of our company’s own brands and the significant role they play in our overall strategy,” Shane Sampson, EVP and chief marketing and merchandising officer, said in a statement. “Our own brand items are integral to how we earn customer loyalty. We’ve developed a nimble process that responds quickly to consumer trends with popular products over the last two years, and I’m excited to see how our team and brands further their development under Geoff’s leadership.”

White started as a general clerk with Safeway Canada in Burnaby, British Columbia, in 1981 and held positions of increasing responsibility over the next 17 years, culminating in being named director of Canadian produce operations, where he was responsible for all produce sales, marketing, and merchandising.

In December 2004, White was named to a group director position at the Safeway corporate office in Pleasanton, Calif., and was eventually promoted to VP of produce. In 2010 he was named SVP, and over the next five years led several functions including dairy, frozen, deli/foodservice, branded concepts, produce and floral. In 2015, he was named the SVP of marketing and merchandising for the Northern California Division.

White will be located at the company’s Pleasanton offices.