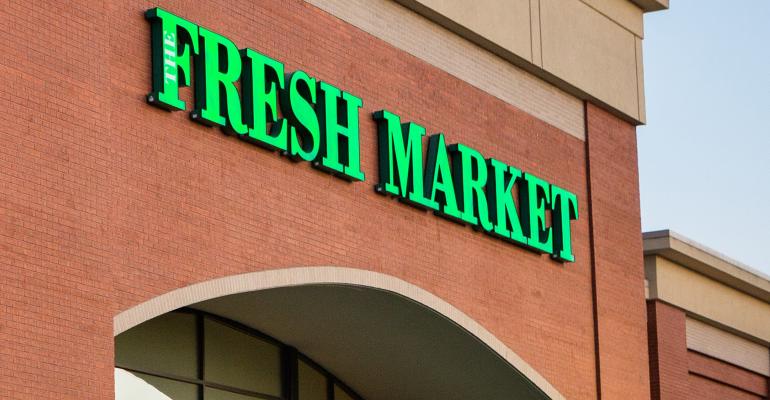 Rick Anicetti has resigned from his role as CEO and the board of directors of The Fresh Market, the company said late Monday.

Anicetti, the former CEO of Food Lion and veteran of Delhaize’s Hannaford chain, had served as Fresh Market’s top executive since September of 2015, succeeding Sean Crane. The Greensboro, N.C.-based specialty retailer was acquired by Apollo Capital and taken private in April of last year after struggling as a public company.

Brian Nicholson, CFO, has been appointed interim CEO, effective immediately, and will assume the position in addition to his current role. In a brief press statement the company gave no reason for Anicetti’s (left) departure.

“The company appreciates Mr. Anicetti’s significant contributions and service and wishes him luck in his future endeavors…Along with Mr. Nicholson, The Fresh Market’s current senior leadership team will continue to execute the company’s strategic plan and adapt as needed to the evolving marketplace.”

The Fresh Market, which operates 175 stores in 24 states, encountered significant financial trouble following what observers called an overambitious expansion strategy along with concerns over its value proposition as conventional grocery stores improved fresh and natural/organic offerings and companies like Sprouts Farmer Markets made gains behind fresh food at sharp discounts.

It was not known how successful the effort has been, although with heavy concentration in the Southeast, Fresh Market has been in the path of a major investment by competitors including Wal-Mart Stores, Publix, Kroger, Sprouts and Lidl.

Anicetti is the second CEO to depart a major Southeast grocery chain Monday: Ian McLeod, CEO of Southeastern Grocers, separately announced his departure from that company.

Nicholson has served as the Fresh Market’s SVP and CFO since returning to the company in September 2016. From 2004 to 2012, he held a variety of positions for the Fresh Market, including VP in the business strategy, financial planning and analysis function from 2005 to 2012.

“The Fresh Market’s Board of Directors has great confidence in Mr. Nicholson as the right person to guide the company in this interim period as it continues to focus on delivering excellent service and delicious, fresh food,” it said.