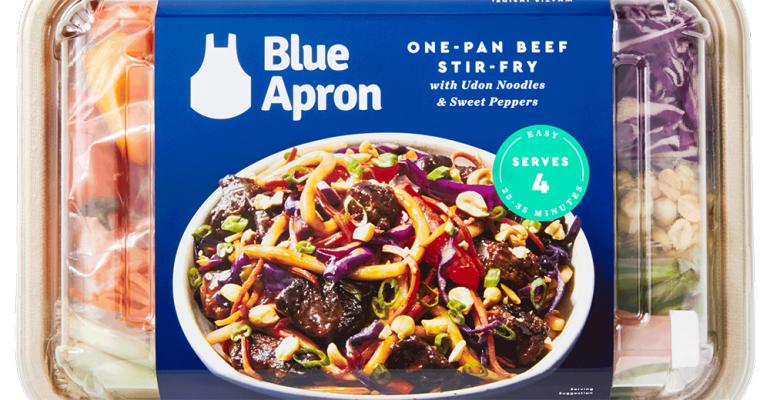 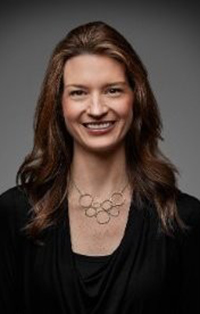 Blue Apron Holdings Inc. has named Linda Findley Kozlowski, left, as president and chief executive officer, taking over from Brad Dickerson, who is leaving the company.

The New York-based meal kit maker said late Tuesday that Dickerson, who has served as president and CEO since November 2017, “has decided to resign in order to pursue new opportunities.”

Plans call for Kozlowski to take the reins as president and CEO on April 8. She also will join the company’s board of directors. Dickerson also will step down from the board and, after Kozlowski’s appointment, will serve as an adviser for a period of time to help with the leadership transition.

Also on Tuesday, Blue Apron announced that Ilia Papas, co-founder and chief technology officer, is leaving after May 3 to pursue new opportunities. The company said it has a transition plan in place.

“Blue Apron has reached an important point in the company’s history, highlighted by a clear path towards adjusted EBITDA profitability and a sharpened focus on the strongest opportunities for the business, and the board and I believe this is an appropriate time to transition to a new leader who can optimize for growth,” Dickerson said in a statement. “I am proud of the great things our team has accomplished and am confident that with Linda as CEO, Blue Apron will implement the appropriate strategies to create value for all of its stakeholders.” 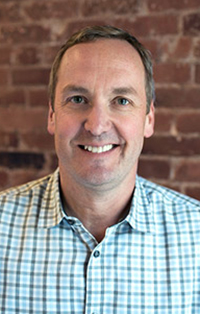 Dickerson, left, joined Blue Apron as chief financial officer in February 2016, coming over from Under Armour, where he served as CFO for over 11 years.

Blue Apron noted that Kozlowski brings a strong e-commerce track record to the company, as well as 25 years of consumer-focused experience across product, sales, marketing, business development and operations. Most recently, she served as chief operating officer of Etsy from May 2016 to January 2019. with responsibility for product, marketing and customer engagement and acquisition. Before coming to Etsy, she was COO of Evernote, and prior to that spend more than three years at Alibaba.com, most recently as director of global marketing and customer experience.

“We are incredibly excited to have an executive of Linda's caliber as Blue Apron's next CEO,” stated Chairman Matt Salzberg. “Linda’s exceptional leadership and marketing expertise, as well as her understanding of Blue Apron customers as a long-time customer herself, will help her advance the company towards sustainable, profitable growth.”

Kozlowski currently serves on the board of directors for the Ralph Lauren Corp.; Styleseat, Inc., an online platform for beauty and wellness professionals; and Dress for Success, a nonprofit organization focused on empowering women.

“This is an exciting time to join Blue Apron,” Kozlowski commented. “Over the past year, the company has made significant product, platform and operational advancements and now has the right foundation for growth. I look forward to working closely with the team to focus on the best opportunities to attract and engage consumers and drive the business to new levels of performance.”

Blue Apron has struggled financially amid changes in the meal kit market, where industry players have found it tougher than expected to win over customers and the business model has begun shifting from online subscriptions to retail distribution.

A couple of months earlier, Blue Apron announced plans to restructure the business that will lead to cuts of about 100 jobs, or 4% of its workforce. The company said the move was designed to sharpen its focus on its direct-to-consumer business and expand the reach of its brand through partnerships and other strategies. Blue Apron also said it was halted its retail distribution relationship with Costco Wholesale Corp., which in late April piloted sales of Blue Apron meal kits at its warehouse clubs.

However, Blue Apron in late October unveiled a partnership to sell meal kits through Walmart’s Jet.com for same-day or next-day delivery, and then in December announced a program with Weight Watchers, offering meal kits to its members starting in 2019.